Home » Jennifer Garner Lunches With Her Kids in Santa Monica 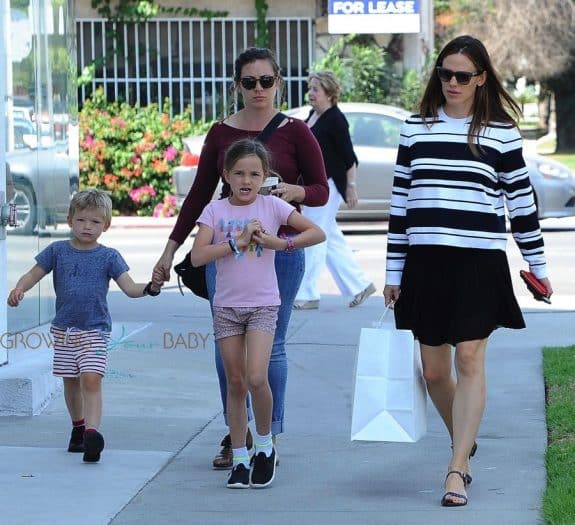 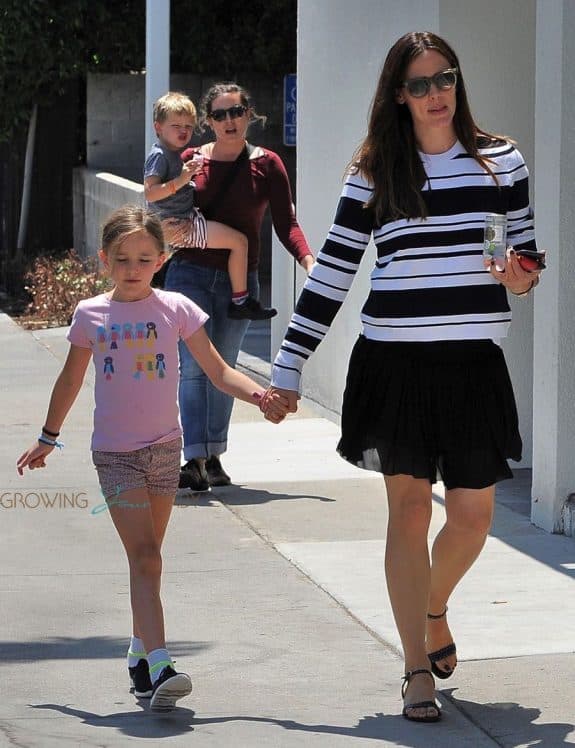 Jennifer currently stars in the comedy Nine Lives, but will be back in theaters next month when her movie, Wakefield, premieres at The Toronto Film Festival.

Earlier this month she told Today she loves playing a mom on screen because it’s an important time in a woman’s life.

“I’m really glad that I’m playing moms, because there’s no more rich time in women’s lives than when you have your babies, and when you’re trying to figure out how to parent them and balance everything, and the emotional weight of seeing your children struggle, or whatever it is,” she explained. “There’s so much there to draw from, that it feels like I’ve aged into where I should be as far as acting goes. You know what I mean? … As far as my career, I feel like I finally fit.”

The actress’ oldest daughter wasn’t along for the outing as she is across the pond in London with her dad Ben Affleck.