Home » Jennifer Garner Steps Out With Her Little Super Hero

Jennifer Garner was all smiles as she left the Brentwood Country Market with her son Samuel Affleck on Monday(October 20th). 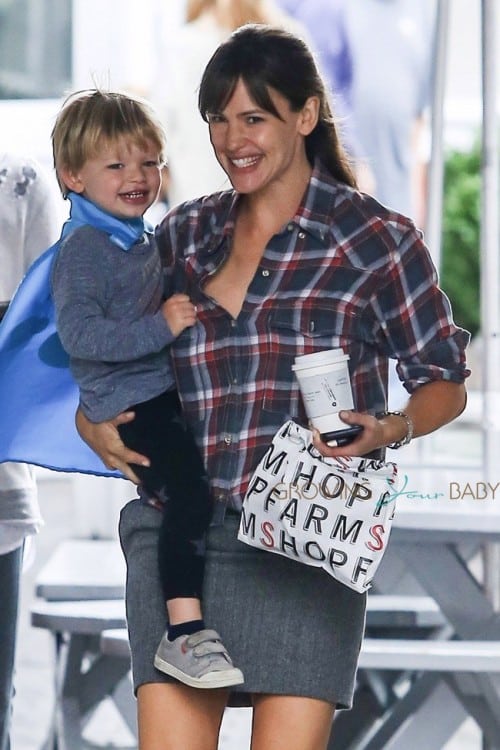 The actress juggled her coffee, her baked goods and her little guy as she left Farmshop.  Samuel was cute in a blue super-hero cape with his name embroidered on the back.

The mom of three, Jennifer was recently asked if she would consider having a fourth.

“Three almost put me right over the edge.  Like feeew – right off the cliff.  And I love that little boy and I wouldn’t live a single day without him but the shop is closed. ” 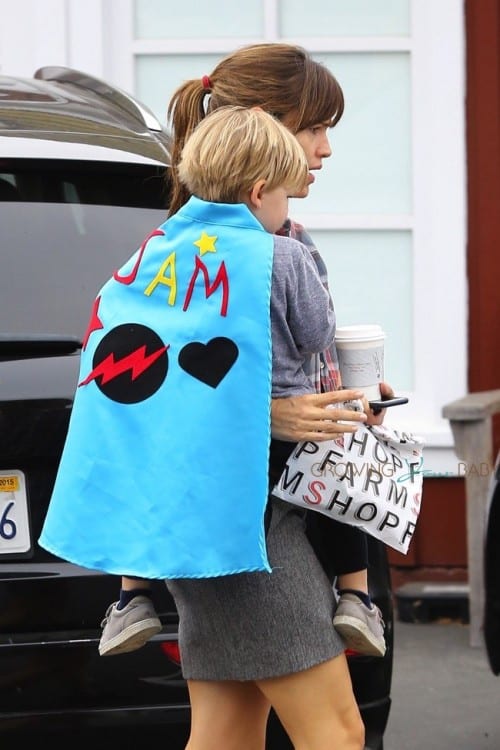 Just a few hours later Jennifer traded her casual look for a more upscale one when she hit the red carpet for the Elle Women in Hollywood Awards in Beverly Hills on Monday. 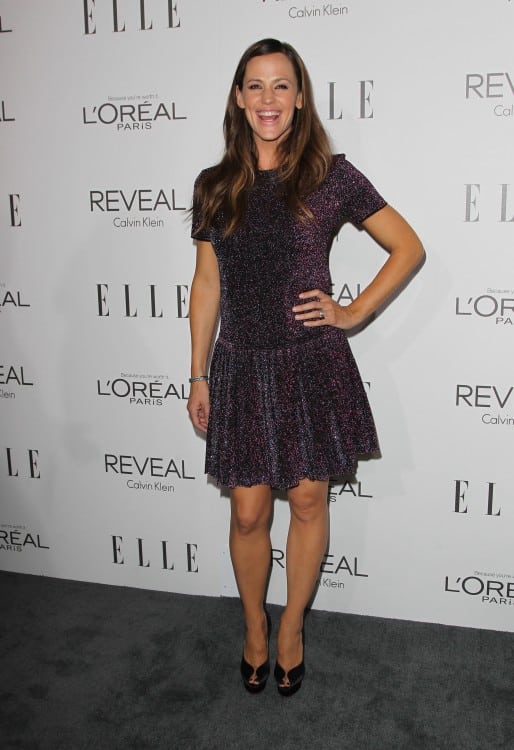