Jennifer Garner was photographed taking her son Samuel and daughter Seraphina to the doctors in Pacific Palisades on Friday morning. The actress was in good spirits after attending the premiere of her husband Ben Affleck’s film “Argo” last night. 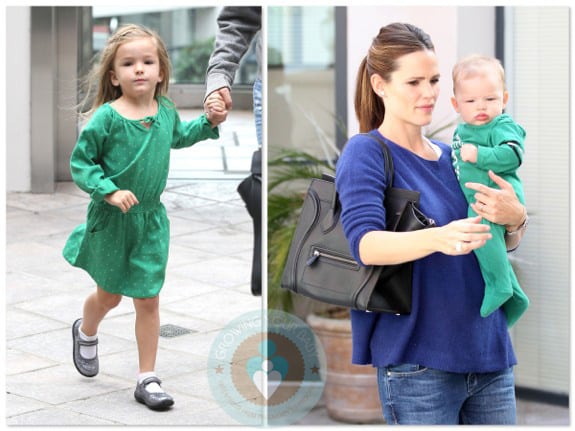 Jennifer welcomed Samuel in February, but the transition to mom of three hasn’t been so smooth. While making the talk show rounds promoting her new movie, Butter, the actress revealed to Conan OBrien that adding to her brood has made things a little more complicated.

“We wanted a third and we had a third, and I wouldn’t trade him for anything. But, you know how two feels like six? Three just put me right over the edge.

Haven’t we all been there? I love that she admitted it!