Home » Jennifer Garner Visits The Market With Her Girls!

Jennifer Garner was spotted enjoying some girl time with her daughters Violet and Seraphina at the LA Farmer’s Market this weekend. 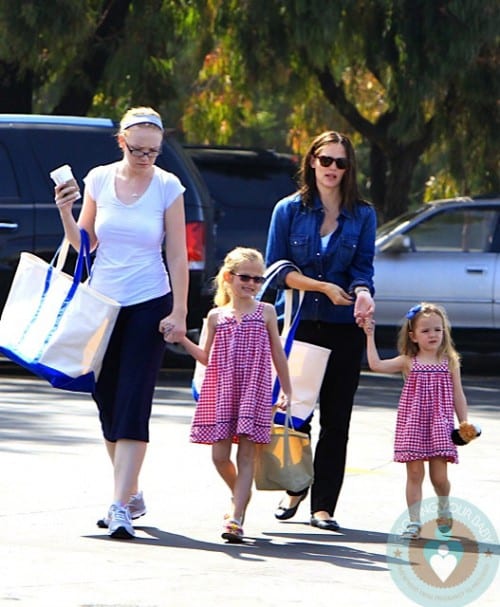 Jennifer and the nanny carried matching totes, while Violet brought her own sac to help cart their goodies home.

While dressed in matching gingham sun dresses, the girls helped their mom pick out some fresh fruit and vegetables.  Not able to wait until she was home, Seraphina snacked on juicy strawberries while sitting comfortable in her mom’s arms. 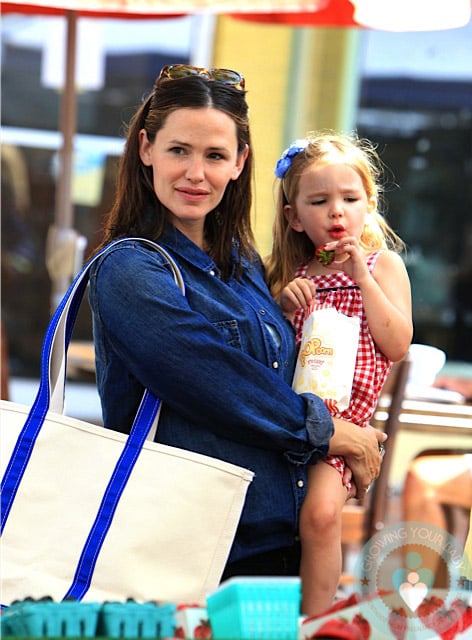 Though Jennifer had taken a break professionally while she was pregnant with her son Samuel, she managed to film a short with Alfred Molina titled Serena, which was released today.  Shot while she was expecting, the actress plays a woman who makes a series of shocking confessions to her Priest.

She will also appear on the big screen this Summer when The Odd Life of Timothy Green premiers in mid August.