Home » Jennifer Lopez and Casper Smart Play At The Beach With Max & Emme!

Jennifer Lopez took some time out from her Dance Again tour to play at the beach with her twins, Max and Emme and boyfriend Casper Smart on Monday(June 24). 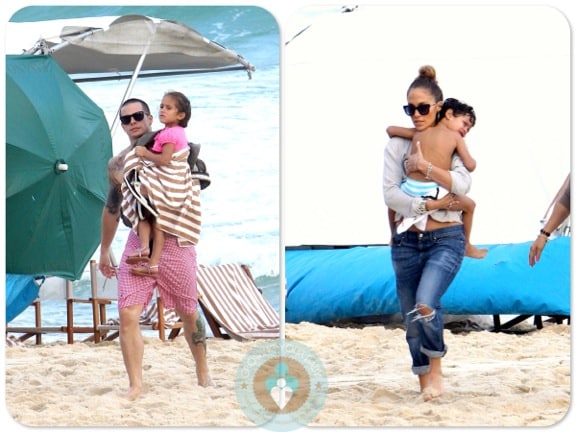 Jennifer definitely has a busy couple months ahead of her! Her tour kicked off on June 14, in Panamá and will head across South America before she begins her co-headlining tour with Enrique Iglesias of North America on July 14. This Summer the pair will play 22 dates, ending off in Orlando on September 2nd.

The tour will then move overseas in October with tour dates in Europe then will visit Asia and end in Australia just a few days before Christmas.

While joined by their grandma Guadalope, the kids appeared to be having a blast at the beach playing in the surf with Casper and covering their bodyguard in the sand.