It looks like it’s life imitating art for Jennifer Love Hewitt and her on screen husband Brian Hallisay.  Yesterday the couple announced they are expecting a baby.  Today they have revealed they are engaged! 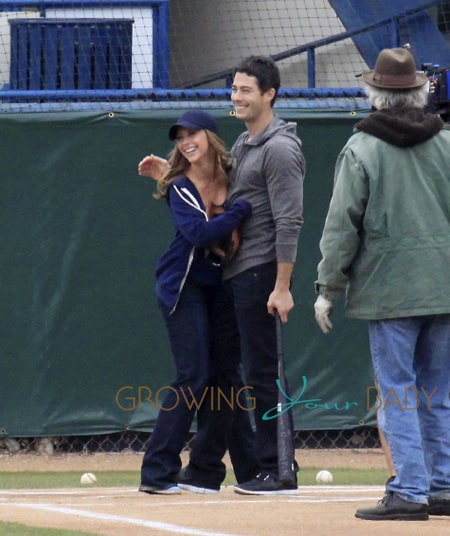 Jennifer and Brian have been dating for 15 months after getting reacquainted while working on The Client List.  The pair previously appeared on the very short-lived NBC series Love Bites.  On the Client List they are married and have 2 kids.

In March the couple was photographed filming a scene for their show at the baseball diamond.

Don’t they make a cute couple?  We think so too! 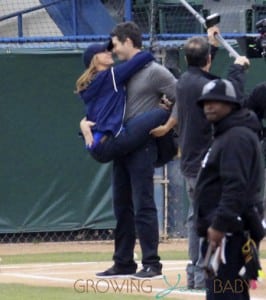 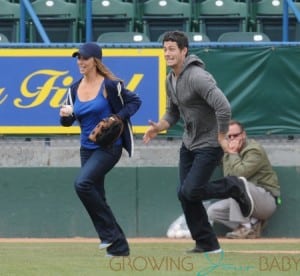