Home » Jessica Alba Enjoys A Family Day At The Park 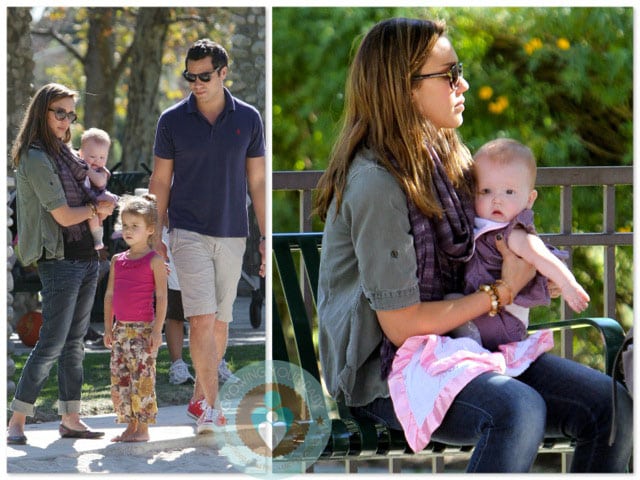 Fresh off a promotional tour for her new venture Honest.com, Jessica kept baby Haven close while Cash and Honor played on the swings.

On Friday Extra’s Mario Lopez caught up with the actress where she revealed that Honor is becoming very independent and baby Haven is already rolling over.

“Honor is talking up a storm and telling us everything and having tons of opinions. Everyday she wants to do everything herself. Of course. Super independent.”

“And then the baby. I think she’s rolled 4 times now. So rolling over is all she’s doing now. And drooling and just being cute.”

During her outing Jessica pushed an Orbit G2 stroller while Honor rode along on the wooden sidekick board.