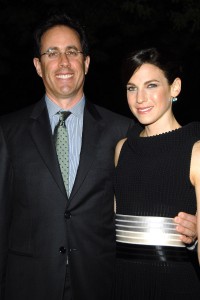 In the lawsuit, filed in 2007, Jessica Seinfeld was accused of taking ideas from Missy’s cookbook “The Sneaky Chef: Simple Strategies for Hiding Healthy Foods in Kids’ Favorite Meals.”

“The court categorically rejected the claim that ‘Deceptively Delicious’ infringed the copyright and trademark of the plaintiff’s book. The federal judge ruled that ‘no reasonable fact finder could conclude’ that copying occurred here given that the works are ‘very different’ and that Jessica’s book ‘has a completely different feel.’ “ 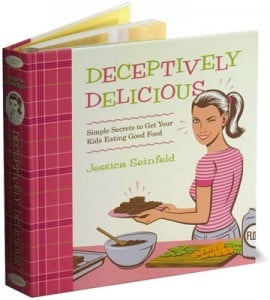 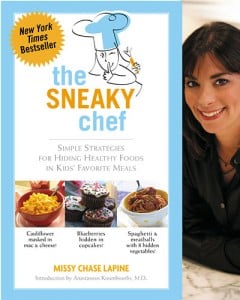 In regards to the lawsuit, Jessica’s editor, Mary Ellen O’Neill, commented on our site on October 31st, 2007:

As the editor and publisher at HarperCollins who saw both of these proposals, I’d like to set the record straight. I passed on the opportunity to publish the Sneaky Chef. We were in the midst of publishing a book for the same audience (healthier eating for kids) called Lunch Lessons and I did not think we’d sell a profitable number of copies of another book. When Jessica Seinfeld’s proposal came in to me, I asked another editor to review it. This is common–publishers get a lot of proposals. They are delegated to editors to share the workload and to share the opportunity to acquire good books. That’s how the business works. That editor, along with the president of our company, and without me, met with Jessica and were so impressed with her passion for cooking and, of course, her ability to get media. I deeply resent, as some bloggers have suggested, that I would use one author’s work to influence another’s. We see similar proposals all the time. As many other bloggers have pointed out, it’s not plagiarism when two books have the same idea. It’s something that happens often in publishing, especially when a topic, such as getting kids to eat healthy foods, is of public concern. Hiding vegetables in foods has been employed by mothers for years: Jessica has never claimed ownership of the idea nor claimed that it was the perfect solution; it worked for her and she wanted to share it with the millions of mothers out there who struggle with their kids every day over the dinner table. The publication of these two books has been swarmed by lies, distortions, seemingly deliberate misunderstandings, bias, and anger.

Her lawyer, Howard B. Miller, said his client may appeal the dismissal of her copyright and trademark claims, and will refile in state court claims against Jerry Seinfeld.

The defamation suit against Jerry stemmed from a comment he made on the “Late Show with David Letterman” in 2007, when he compared the fact that Lapine uses three names to the fact that assassins sometimes use three names, as was the case with Lee Harvey Oswald.

“The claims against Jerry Seinfeld for defamation are still fully alive,” Miller said. “He just says he is joking; we don’t think calling someone an assassin and a wacko is a joke.”

“I’m up against a very powerful opponent,” Lapine said in a telephone interview from her home in Westchester County, New York. “Justice is not always served.”

Missy is a 45-year-old mother of two, who has gone on to publish two other books, all in the “Sneaky Chef” series.
SOURCE