After weeks of speculation, Jessica Simpson has confirmed she’s expecting!

The singer simply tweeted !!!ANNOUNCEMENT!!! and then linked to her website, which had a photo of herself dressed as a ‘mummy’ cradling her bump and the phrase, 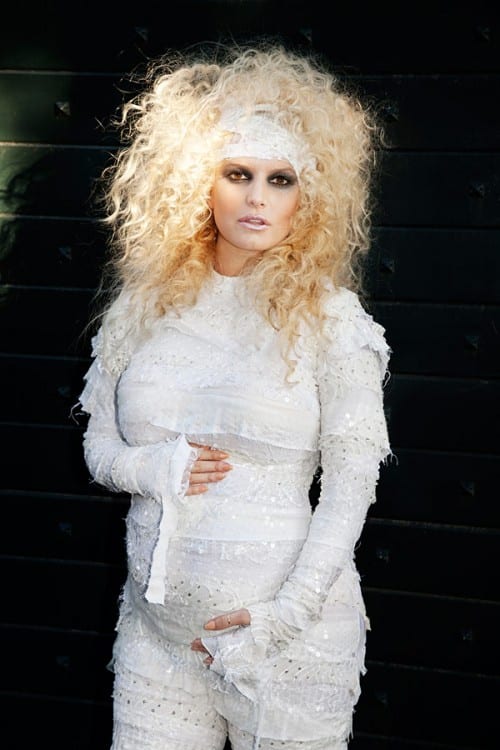 Congratulations to the happy couple! The new baby will be the first child for Jessica and her fiancé Eric Johnson. He/she will be the second grandchild for the singer’s parents Joe and Tina, who are already grandparents to Bronx, Ashlee Simpson’s son.