In the final couple weeks of her pregnancy, Jessica Simpson enjoyed a nice lunch out at the Ivy with her fiance Eric Johnson on Saturday. 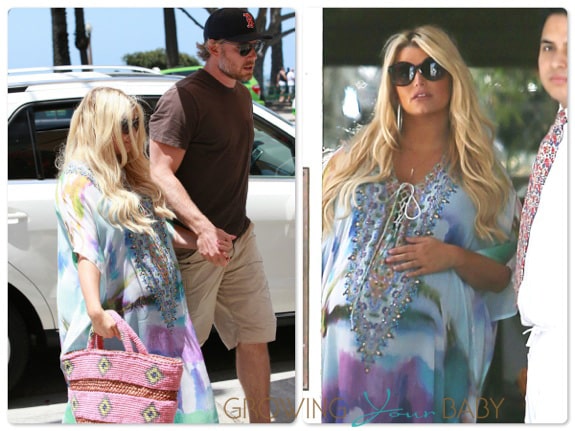 The singer was pretty in a watercolor caftan dress that flowed over her growing belly.

After her lunch date Jessica tweeted a picture of her little lady wearing sunglasses. 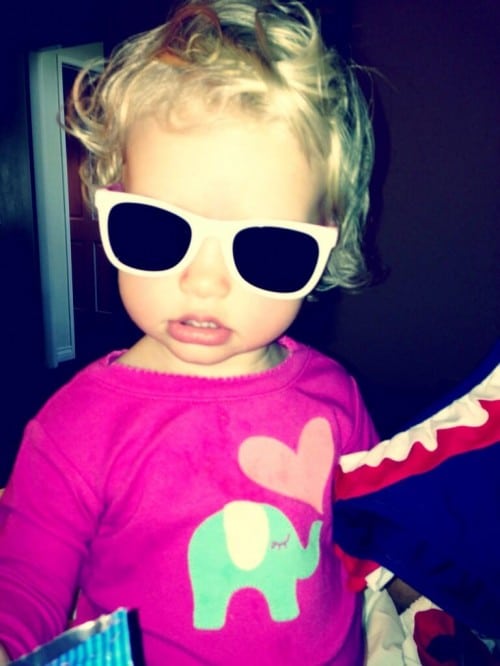 On top of becoming a big sister, Maxwell may get to also be a flower girl in the near future.

US Magazine revealed that the star was overheard at her baby shower “telling friends she wanted to get married a few months after the baby is born.”  Jessica and Eric have reportedly have had to cancel nuptials twice thanks to surprise pregnancy news. Wanting to fit just get it done, Jessica said, ‘Let’s have this wedding already before I get pregnant with another one!’

Because it will be the second wedding for both, the affair will likely be low key and more casual.