Home » Jessica Simpson & Her Family Touch Down At LAX

Jessica Simpson and Eric Johnson were photographed arriving on a flight at LAX airport with their baby Maxwell on Thursday(November 29). 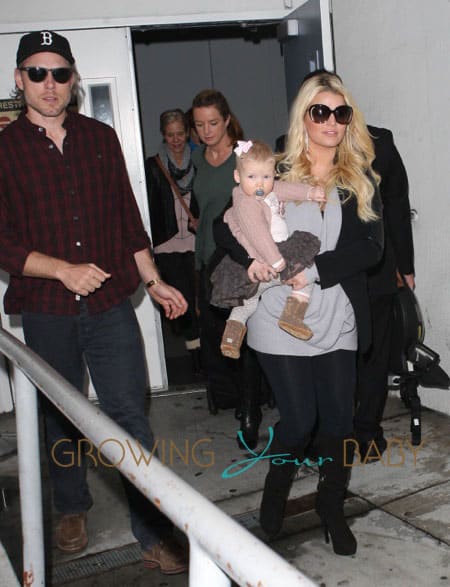 Yesterday it was revealed that the singer may be expecting her second child.

“It definitely wasn’t planned. But yes, Jessica is pregnant again,” a source told to US Magazine.

While Jessica has yet to confirm the news, her rep told People.com, “I’m not going to comment on this speculation.”

As they exited LAX Jessica carried an adorable Maxwell, while Eric followed closely.  The tiny fashionista was cute in a pair of polka dot tights, a black tutu and a knitted sweater.  She finished the look off with a pair of Cassie leopard Ugg boots. 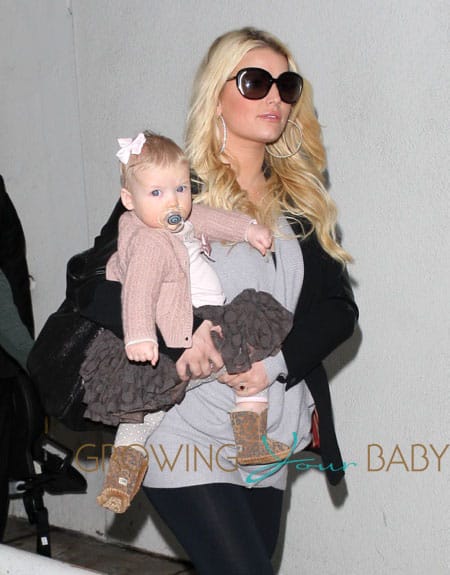