Jillian Michaels and Heidi Rhoades enjoyed a relaxing day in the country on Sunday with their daughter Lukensia and son Phoenix at a horse ranch in Santa Barbara. 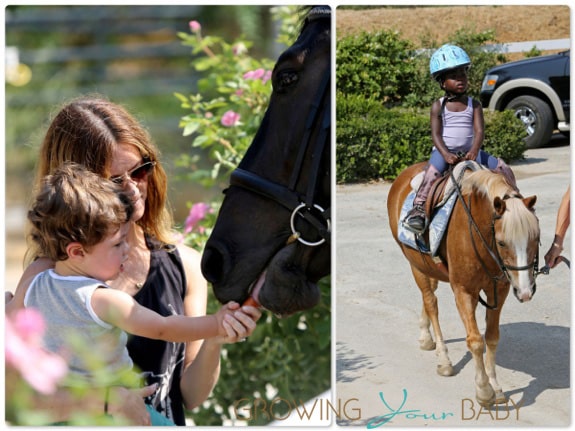 Not old enough to ride yet, Phoenix hung out on the sidelines with mom Heidi feeding the horses while Lukensia practised on a pony.

Later Jillian strapped him onto her back with the ErgoBaby Carrier so he could be close while she washed her horse Buzz. 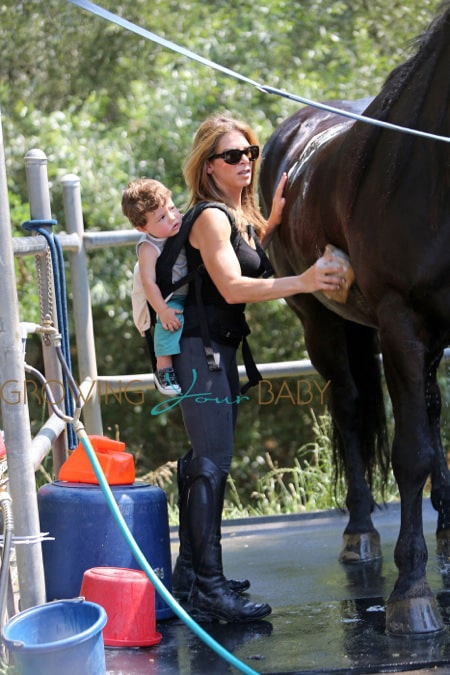 Jillian spoke to People.com in 2010 about the 8-year-old rescue horse whose life she’s proudly transformed. Saved from a PMU (pregnant mares’ urine) ranch – where horses are repeatedly impregnated and forced to urinate to collect material for women’s hormone-replacement drugs – the beautiful horse is now thriving at a stable not far from her home.

“He’s like a giant dog,” she revealed. “But he doesn’t understand that he’s not a dog. He runs and plays and chases.”

In April Jillian visited Capitol Hill to secure pledges from Sens. Barbara Boxer and Dianne Feinstein of California to cosponsor a bill to ban the slaughter of tens of thousands of U.S. horses (including prize-winning former thoroughbreds) by the horse-meat industry.