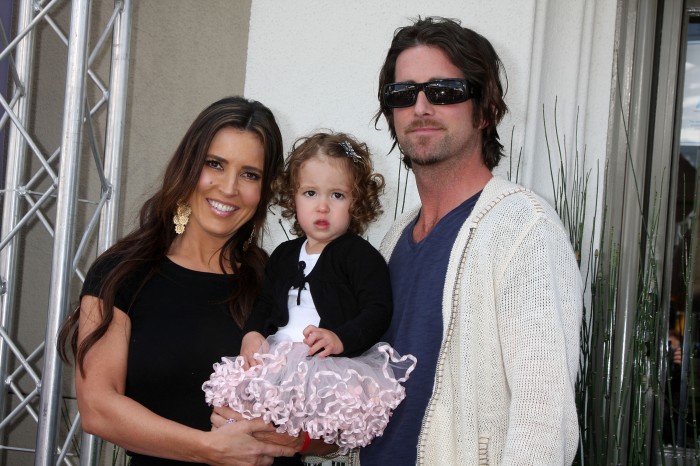 The Good Day LA host, who has been rumored to being expecting, confirmed the big news yesterday by saying.

“You know it’s not even a question anymore, [when] everyone is like, ‘You’re eating Doritos at 7 a.m., drinking 7-up and you’ve got a gut.’ Gee I wonder why? Yes, I’m pregnant. Helllloooo!”

“I peed on the stick and went back 10 minutes later and it said ‘Pregnant,’ so I stuffed it in an early Father’s Day card for Grant. Grant and I, our sex life, still goin’ strong!”