Home » Johnny Knoxville To Be A Dad Again

Exciting news for Johnny Knoxville and his wife Naomi Nelson.  It was revealed over the weekend that the couple are expecting another child, their second together, this Fall! 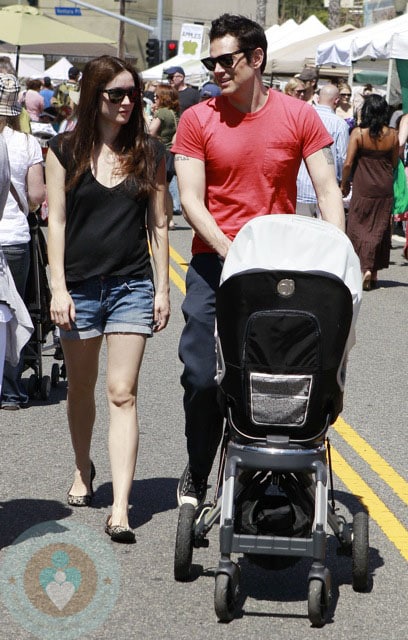 Johnny announced the news first on his Facebook on Friday saying,

“My wife Naomi and I are super happy to announce that we are having another little bambino in the fall.  My 15-year-old daughter Madison is very excited about it, and her 16-month-old little brother Rocko has, well, no clue. Wahoo!!”

The star of Jackass 3D is currently working on his next film production in Los Angeles, Small Apartments with co-star James Caan. He is hoping to pick up the role of Moe in the Three Stooges movie.

He is keeping busy, and a new baby in the house will keep him and his wife even busier.

The couple were spotted over the weekend at the market with Rocco. Johnny pushes the tot in an Orbit G2 stroller.