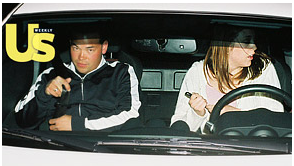 Reality star Jon Gosselin is firing back at new reports that he was cheating while his wife Kate was across the country promoting her new book.

The latest controversy came after the busy dad was seen leaving a bar at 2 a.m. with a mystery woman and without his wedding band.

“Like most people, I have male and female friends and I’m not going to end my friendships just because I’m on TV,” he says in a statement. “However, being out with them late at night showed poor judgment on my part. What makes me sick is that my careless behavior has put my family in this uncomfortable position. My family is the most important thing in my life and it kills me that these allegations have hurt them.”

The Gosselins, who are raising 8-year-old twins and 4-year-old sextuplets, have dealt with similar allegations in the past. In February, Jon was spotted hanging out with a couple of female college students from Juniata College, located near his hometown in Pennsylvania.

While the world condemned him, a College student who was at the bar defended Jon by saying,

“He was very well-behaved, a gentleman. He talked more about his wife than his kids. He was very friendly, very approachable.”

Shortly after the controversy, the couple admitted that raising their children in public has been stressful for their marriage.

“Kate’s career is taking off and I’m a bit lost,” Jon admitted. “This struggle has definitely put some tension in our marriage.”

I feel bad for Jon because he’s the one that is always getting a tough rap. Everyone goes out sometimes and has a few drinks. Chances are his friend pool has gotten smaller since the kids arrived and the show started.