An Australian Family Court has overturned an earlier ruling by a judge banning a mom from breastfeeding her child after it was revealed that she recently received two new tattoos. 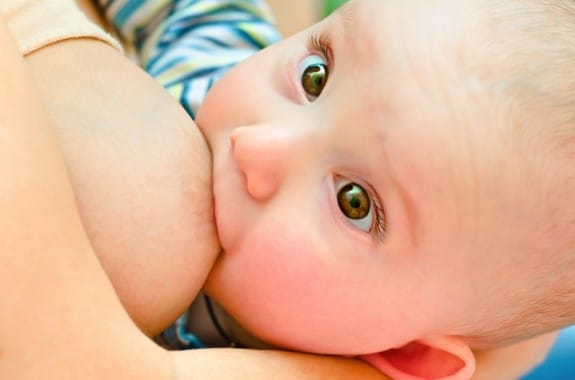 During a custody battle, the 20-year-old woman was initially banned from breastfeeding her 11 month-old son by a Federal Circuit Court judge after he believed the baby could be infected with HIV.

Despite the mom being tested negative for the disease, the judge was concerned there was still a health threat because she had been tattooed within the last few months.

“Looking at perhaps the benefit to the child, who is 11 months old, breastfeeding, as opposed to what would be a lifelong issue in circumstances where the child contracted HIV, it is the view of the court that it is not in the best interests of the child that the mother continue to breastfeed,” Judge Matthew Myers told the court.

Information Judge Myers found on the Australian Breastfeeding Association’s website warning about the risks of having tattoos while breastfeeding was the basis for his controversial decision, he told the court.

“Although the risk of infection from getting a tattoo is low,” the association says on its website “Especially if done at a reputable parlour, it is a health risk which must be carefully assessed before a breastfeeding mother, or anyone for that matter, decides to get a tattoo.”

Afterwards the association said it disagreed with his ruling.

“As long as it [tattooing] is done in reputable way and that the infection control procedures are followed, the risk is low and we would absolutely encourage women who have had tattoos to breastfeed their babies for as long as they choose to,” Rebecca Naylor, the association’s head, told ABC Radio.

On Friday a full bench of the Family Court overturned the decision after the mom launched an urgent appeal. The court said there had only been one case in Australia banning a woman from breastfeeding. The mother, they noted, had tested positive for HIV and agreed to wean her baby.