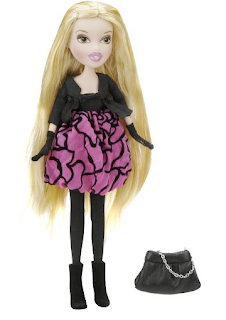 If you kids like those U.S. District Judge Stephen Larson rocked the toy industry with his order that MGA must immediately stop manufacturing their popular Bratz Dolls. In a generous move, he has allowed MGA to wait until the holiday season ends to remove the toys from store shelves.

The decision was a stunning defeat for MGA, which exploded onto the tween scene in 2001 with the edgy dolls and made hundreds of millions in profits, giving Mattel’s more classic doll-diva Barbie a run for her money.

The ruling, issued in federal court in Riverside, followed a jury’s finding that Bratz designer Carter Bryant developed the concept for the dolls while working for Mattel.

The same jury later awarded Mattel $10 million for copyright infringement and $90 million for breach of contract after a lengthy trial stemming from Mattel’s 2004 lawsuit ended in August.

This is a huge ruling for Mattel. The Bratz line of toys is MASSIVE. They have video games, a movie a ton of toys and many spin off lines.