Keeping busy while off for the Summer, Julia Roberts & Danny Moder’s kids, 8-year-old twins Hazel and Phinnaeus and 6-year-old Henry payed a visit to the set of “The Normal Heart” to watch their parents work on Friday (June 28) in New York City. 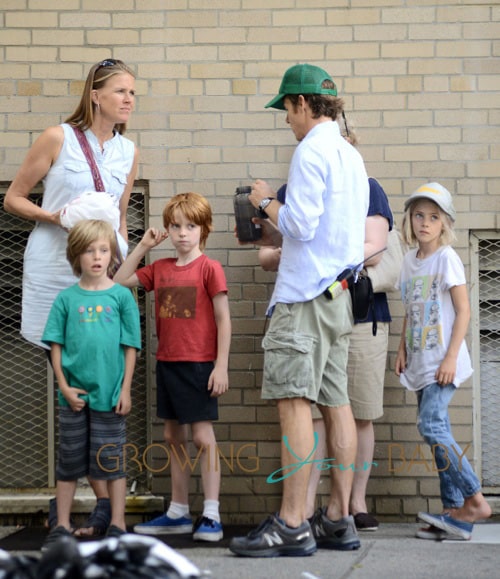 The children, who are rarely photographed, visited with their dad and also hung out on the sidelines as the crew filmed. 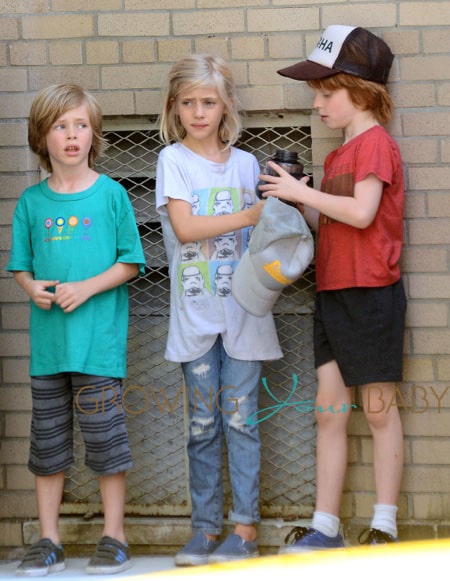 The made for TV movie has been filming in Brooklyn and just off the coast of Long Island on Fire Island.  NaughtybutNiceRob reports that Julia wasn’t in the Fire Island Pines scenes, but traveled to the Pines to spend the week onset with her husband, who is the director of photography for the film.

The actress has also been spotted walking the beaches of the island with her children early in the morning.