Hands on dad David Beckham was photographed over the weekend coaching his son’s soccer team in Los Angeles. 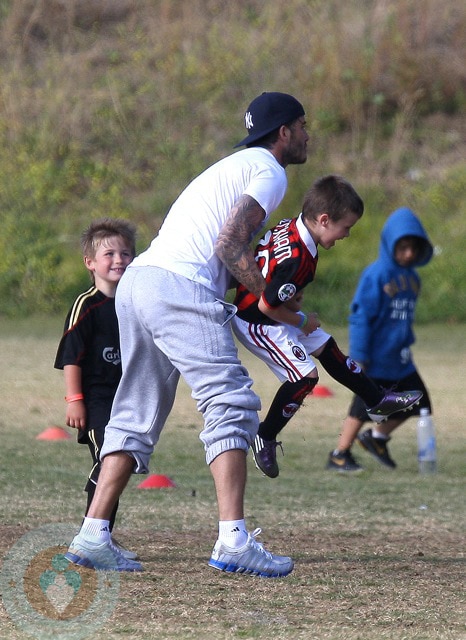 The LA Galaxy star spent Saturday morning giving tips to the other kids on the team and, of course, playing with his youngest son Cruz.

David is often seen out playing sports with his boys. Soon he will have to switch gears as the family is about to welcome a baby girl and they are thrilled. So thrilled that is rumored that Victoria splashed out a whopping $20,000 on luxury nursery item for her the baby during a shopping spree at the luxurious Harrods department store in London 2 weeks ago.

To add to the excitement, the family added a new puppy over the weekend.

Victoria tweeted a pic of the the cutie saying,

“This is Scarlet our new French bulldog puppy!!! “Coco has a sister!!”