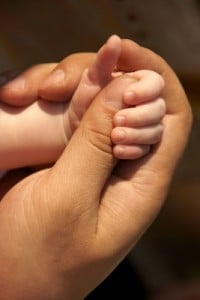 Every state in the US has a Safe Haven law, letting people leave their newborns in safe spaces rather than abandoning them or killing them. Not all frightened parents know about these laws however. Kansas City, which sits on the border of Kansas and Missouri, is making an effort to get the word out these safe spaces.

Fire stations, hospitals and some clinics are just some of the places where a newborn can be left with no questions asked. Parents who find themselves in a desperate situation can leave their newborn and know that it will be taken care of, while they will not be prosecuted for abandonment. New signs are going up around the city to designate which places are part of the Safe Haven network.

“I hope no baby will be hurt or abandoned because its parents are too ashamed or unable to care for it,” Police Chief James Corwin said.

The new campaign to spread the word has met some resistance with the local fire department. Fire Chief Smokey Dyer worries that infants might be left outside and go undetected until it is too late. Instead, Dryer urges parents to make sure the baby is placed in the hands of a firefighter.

Kansas Attorney General Steve Six wants the public awareness to become a state-wide matter. He feels that with education about the laws, there can be fewer infant deaths. Though the reported number is only four, it is thought that the number is actually much greater in secret.

Nick Silverio, founder of Florida’s A Safe Haven for Newborns program, has been helping with the campaign to get awareness about the Safe Haven laws. He tells the story of a 19 year-old mother who left her daughter at a Safe Haven space with two letters, one thanking the adoptive parents and one telling her daughter why she had to leave her.

“You didn’t think I loved you all those years hearing I gave you up but that’s the reason I did it; I didn’t have a future and I wanted you to have one.”

The awareness campaign in Kansas City was launched on Thursday, and will hopefully hope those who feel the most desperation. – Summer, staff writer