The Kardashian sisters were on hand to help their grandma Mary Jo celebrate the opening of her new store and her birthday in San Diego on Tuesday. 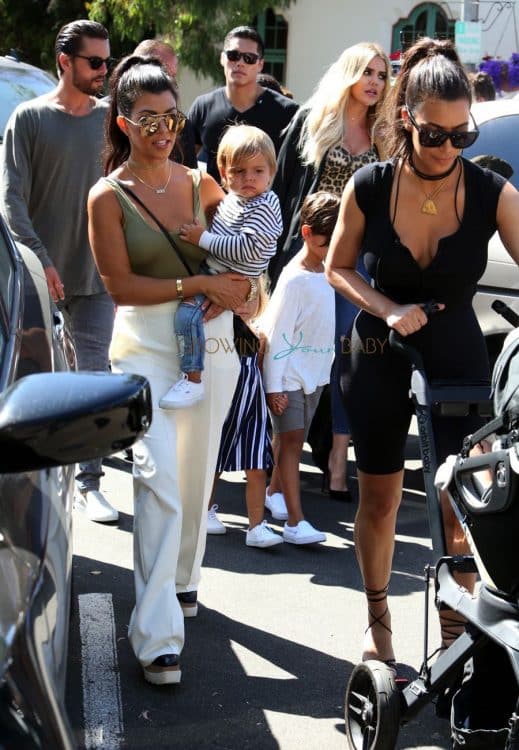 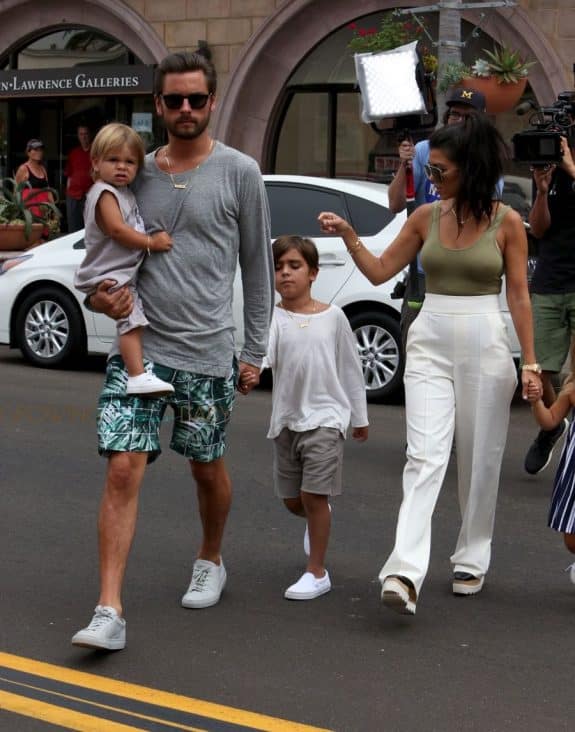 Kourtney arrived with her estranged partner Scott Disick and their kids Mason, Penelope and Reign, while Kim pushed son Saint in an Orbit G3 stroller. 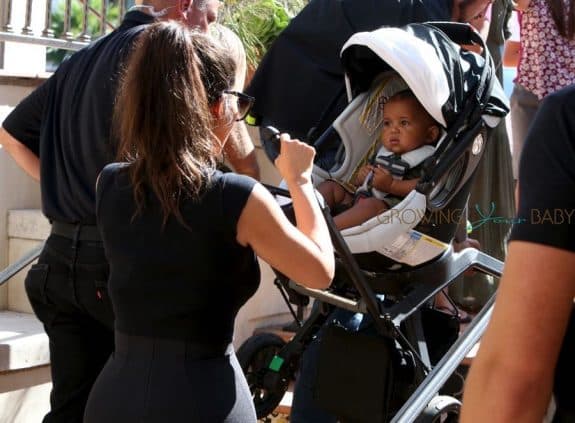 The outing marks the baby’s first public appearance. Now, seven months old, the adorable tot was cute in a green camo tracksuit.  Both Kim and Kris took turns holding him as they filmed scenes for their reality show, Keeping Up With The Kardashians. 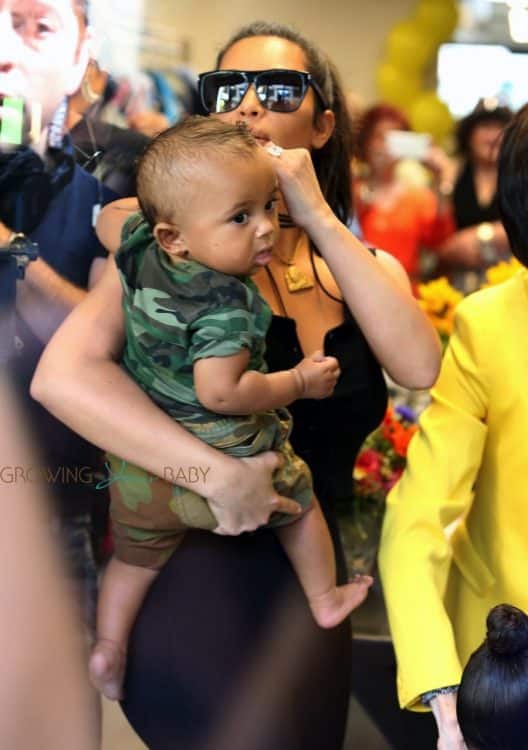 Over the weekend Kim told E! News that Saint is a “Daddy’s boy.”

“He said Dada today, three times!” Kim revealed to the news channel while hosting a night at Hakkasan in the MGM Grand nightclub, Las Vegas on Friday night. “And I was like, ‘Wait what?’ Kanye was so excited, he was like, ‘I told him to say that.’ And I was like, just I really wanted him to say ‘Mama’ first.”

North, she recalled, was the opposite of her brother. 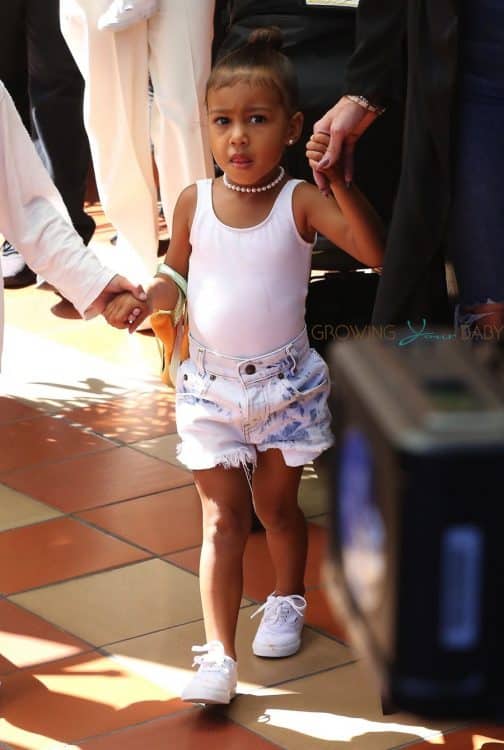 “I have to go back and see what North said first but I think he’s, like, you know, a Daddy’s boy and North is a Mama’s girl, so we each have one.”