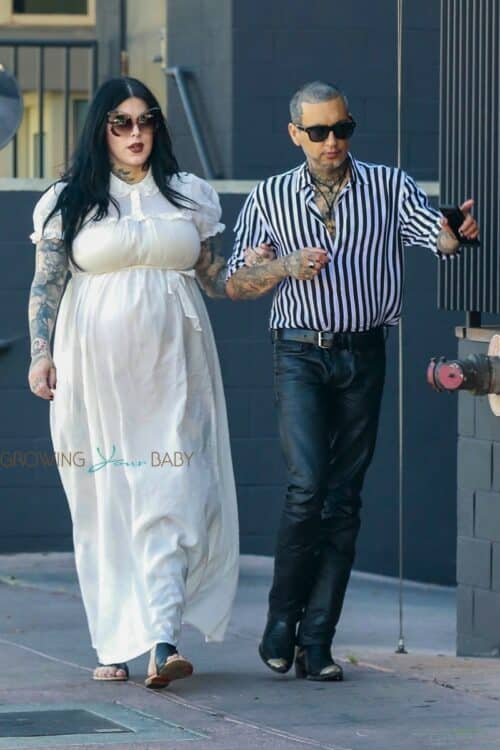 The tattoo artist was pretty in a white maxi dress that flowed over her growing belly. 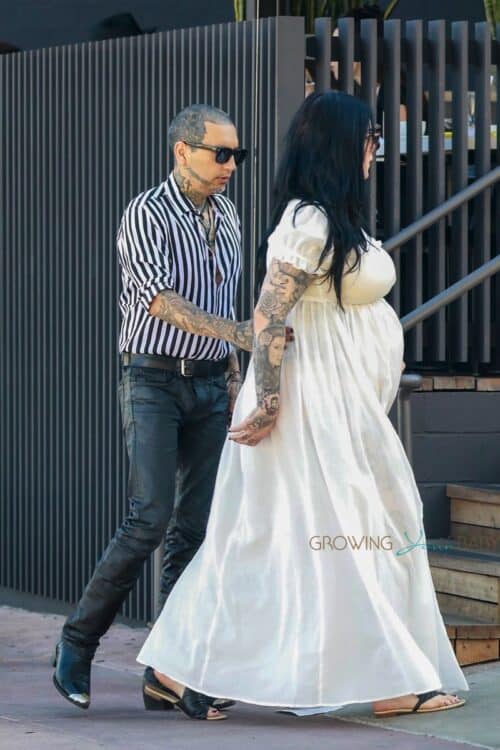 Throughout her pregnancy black has been a staple color for Kat so it was refreshing to see her in something different. 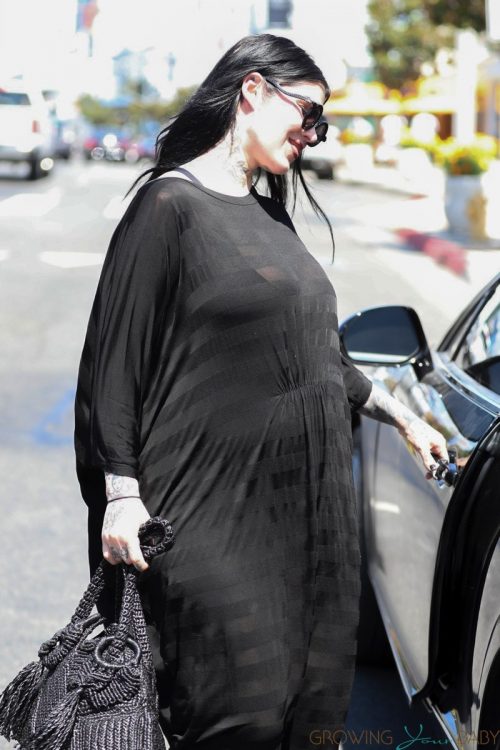 In May after 3 months of marriage, the couple revealed they would be having a boy.

When I thought I had it all. Life gifts me with the greatest of joys ! We are pregnant and having a baby boy. I love you @thekatvond and Im ready to be a father to our son Leafar. Thank you my love our family comes first !!!

In the past, Kat had insisted that she didn’t want kids telling Dr. Drew Pinsky in 2012, “No children for me.”

“The funny thing is that I’ve known since I was 7 years old that I was never going to have kids,” she said. “I always imagined myself as this-worldly, traveling, gypsy lady.”

“I love children, kids love me, but I think I’d make a really good buddy,” she added. “I don’t know if I’d be a bad mom, but it’s not what I want. I don’t want to put my body through it.”

Could meeting Rafael have been a turning point for her? It appears so!