Just a day after becoming parents, the Duke and Duchess of Cambridge have debuted their baby boy! 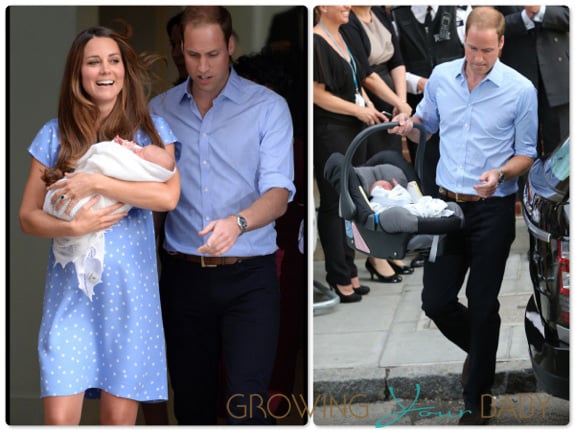 The future king arrived on Monday at 4:24pm weighing 8lbs 6ozs. While standing on the steps of the private Lindo Wing St Mary’s Hospital in Paddington the new parents beamed as they showed off the bundle of joy.

With their baby swaddled in a white blanket both Kate and William took turns holding their little prince. 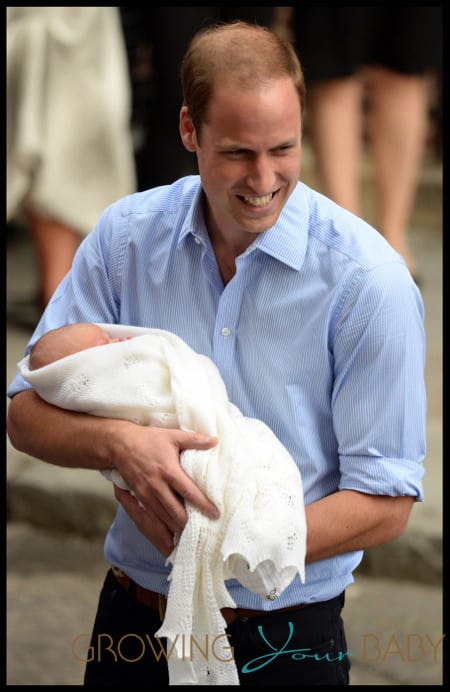 Kate was pretty in a polka dot Jenny Packham dress. 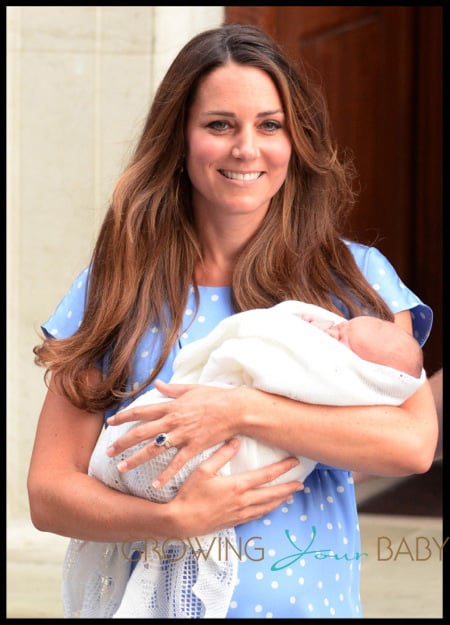 William matched his wife in a chambray striped button down and black trousers.  After showing off their baby, the couple went back into the hospital to fasten him in his infant seat.

William reappeared four minutes later and whisked the newborn away in a waiting car. 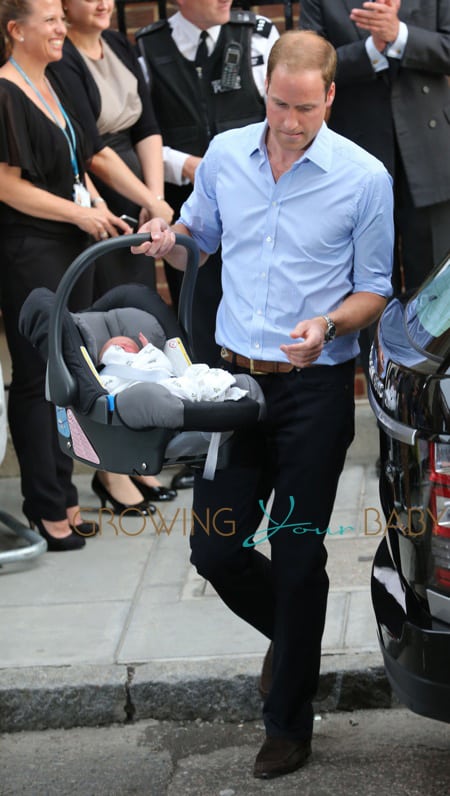 Kate sat in the back with her precious cargo.

Speaking of the baby’s arrival Kate said, “It was very emotional, it is such a special time.”

“He’s got her looks, thankfully,” William said. “He’s got a good pair of lungs on him, that’s for sure.”

When asked if they had chosen a moniker, William said they were “still working on a name, but will hopefully have something soon.”

Earlier in the day both sets of grandparents were spotted at the hospital meeting the future king. 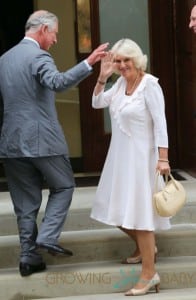 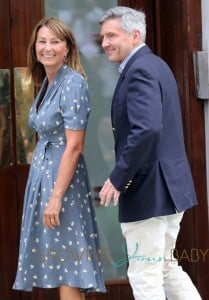 The family will live at Kensington Palace. They have been living on the grounds in Nottingham cottage, while their 21 room residence, 1a, undergoes some renovations.