Kate Hudson and Matt Bellamy were spotted out for a stroll with their son Bingham in New York City on Monday. 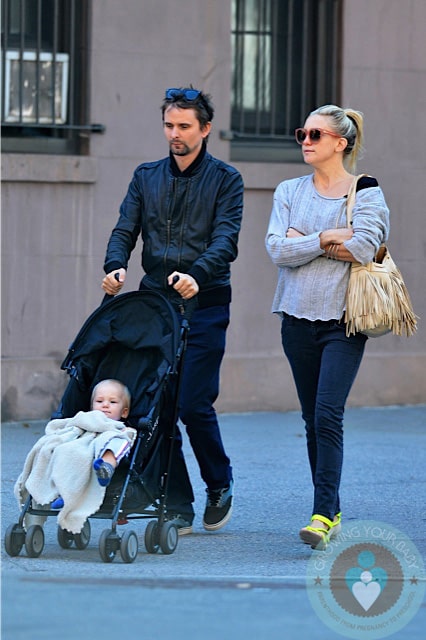 The actress and her rocker boyfriend were casual in jeans as they made their way through the Big Apple with Bing in his buggy. 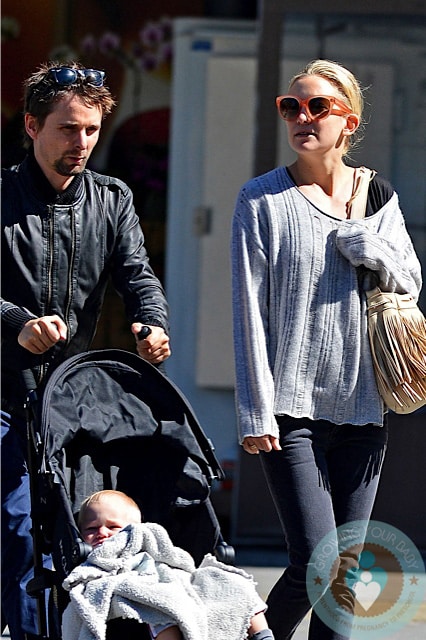 The pair, who call London home, have been in the states for a few weeks while Kate works on Glee in NYC and Clear History in Massachusetts.

Engaged since last April, Kate recently admitted that she and Matt have been too busy parenting to really focus on planning it.

“We don’t really know. We’re sort of going back and forth about, you know, is it a big wedding? Are we going to get married on a mountaintop? You know, we’ve both been so into having a baby and our life schedules. We just want to make sure it’s right when it happens.”