Just hours after she dazzled at the Toronto International Film Festival Kate Hudson was spotted at Pearson airport on Monday with her son Bingham Bellamy. 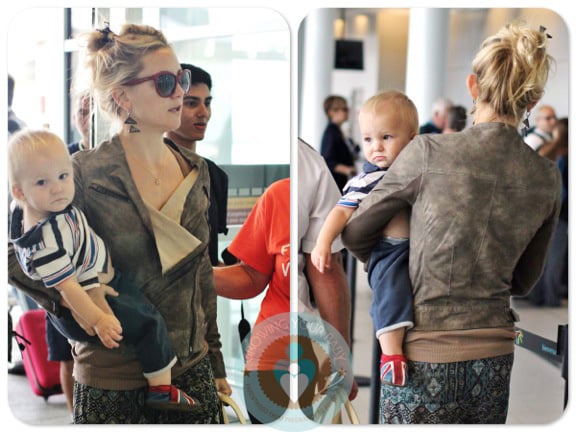 Surprised to see the photographers Kate made her way through the airport with her little man on her hip.

Even though Bing has been largely kept out of the spotlight, he seemed completely unfazed by all of the excitement. 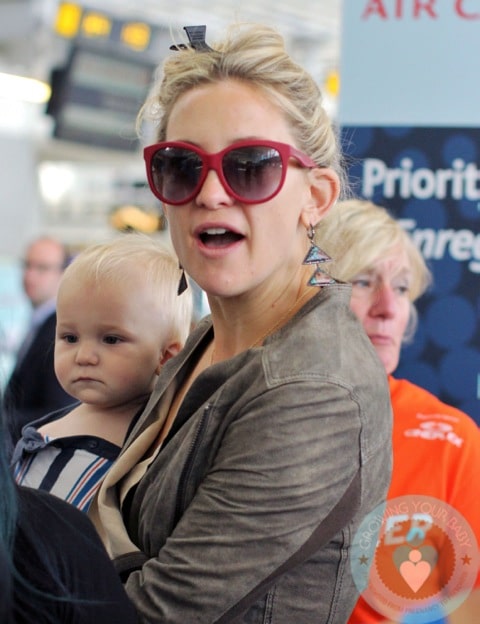 The first child for Muse frontman Matt Bellamy, he recently revealed that he wasn’t prepared for childbirth but loves being a daddy.

‘I don’t understand why no one had warned me about how horrible it would be. The baby’s head was weirdly elongated when it came out. That freaked me out a bit.’

‘I had to learn how to change nappies. It took a while before I got used to it. First I was petrified – I couldn’t believe what was happening. You’re in this kind of bubble where everything feels really far away.‘Then you just concentrate on the easy stuff – which I’m not very good at to be honest. But somehow nature makes sure you grow into your role as a father.’

‘I met Kate and fell in love with her. But the best thing that has happened to me since was becoming a father. Being a father changes so much: the way you look at the world and yourself.

‘There’s nothing that’s as much fun as a baby – it’s endless joy. I’m really happy with everything.’