Home » Kate Hudson Strolls Through The Big Apple With Her Family

It was a family day out on Wednesday for Kate Hudson, Matt Bellamy and their boys Ryder and Bing. The actress and her fiance were spotted spending some time together before attending the Breast Cancer Foundation’s Hot Pink Party at the Waldorf Astoria Hotel. 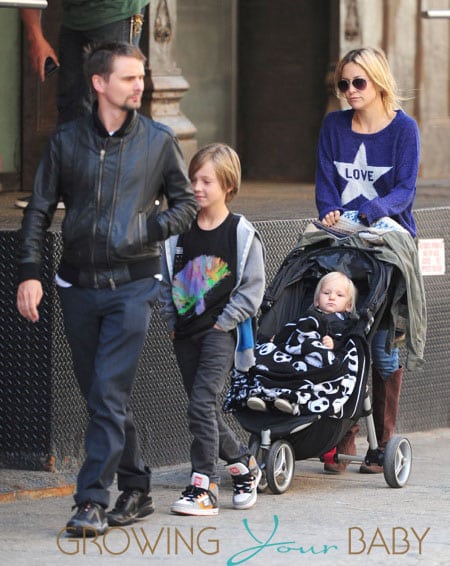 Kate and the kids are in New York City spending time with Matt while he continues his North American tour with his band Muse. The group, who played at Madison Square Gardens on Monday and Tuesday night, will play one last date in New Jersey on Friday before they head to Canada where they will finish off their tour in Quebec. 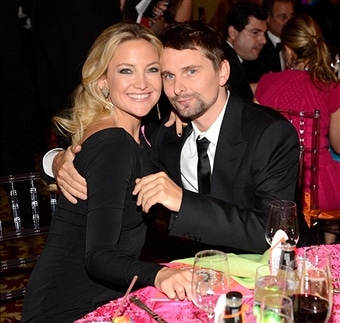 For the last few months Kate has slowed her career down to focus more on her family. She will, however, reprise her role as dance teacher Cassandra July in an upcoming episode of Glee. Last week Lea Michelle shared a photo of the NYADA crew at the end of their shoot, along with a sweet tweet.

Such a great day of work today.. So sad that it was Kate’s last day:( I had the best time in the world working with her this season! 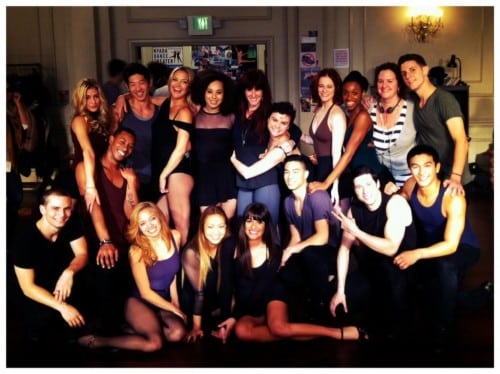 The episode will air in May.