Kate Hudson was pretty in a floor length white, floral dress while attending the premiere of Kung Fu Panda 3 with her two sons Ryder and Bingham on Saturday(January 16th, 2015). 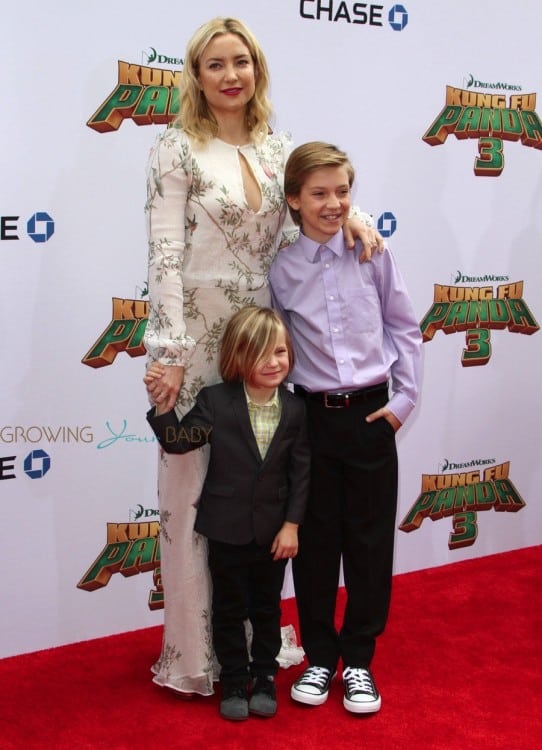 A newcomer to the franchise, Kate replaces Rebel Wilson for the part of Mei Mei. She spoke to E! about being the cool mom now that she’s in a film her kids are fans of.

“My kids have always loved the Kung Fu Pandas, so this is really exciting for me because, you know, I’m cool mom right now.” 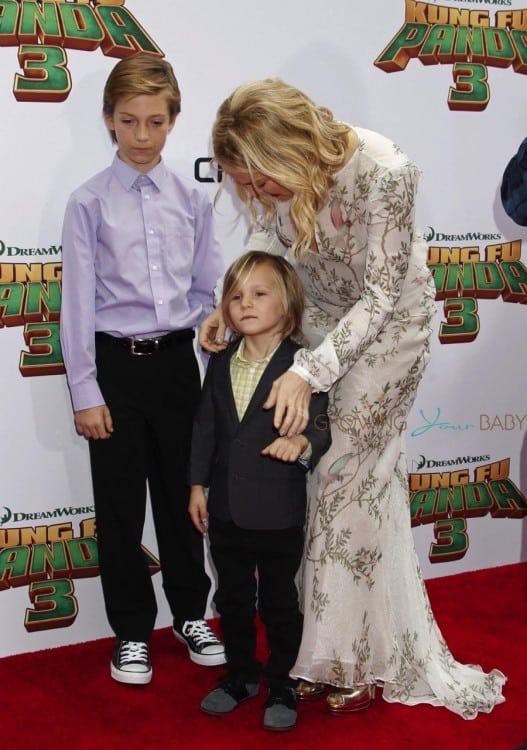 The actress also posed with co-star Jack Black, and his son Sammy. 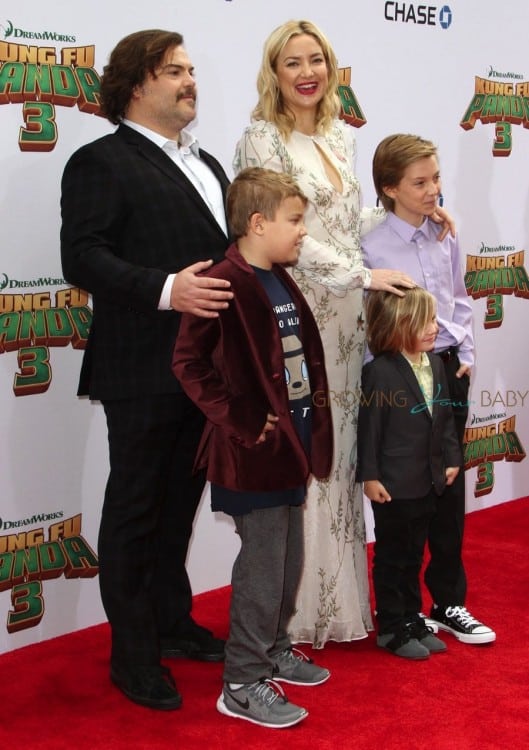 It was a family affair for the actor, whose son also voiced a part for the film.

Angelina Jolie was elegant in a short black Saint Laurent shift dress as she walked the red carpet. 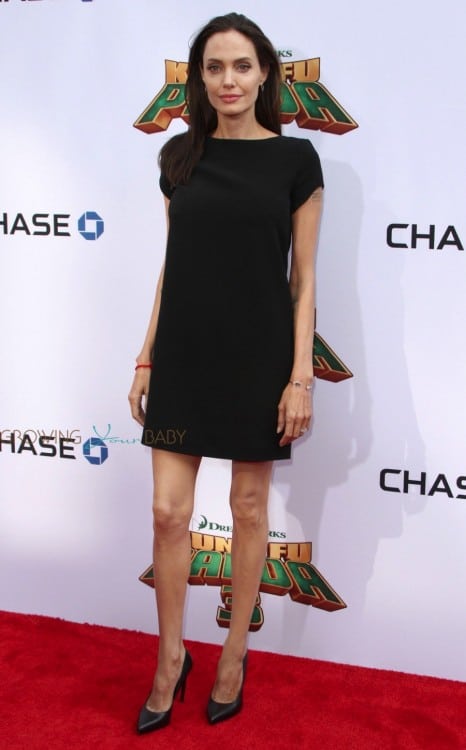 “They were kind of shy,” she said. “They don’t really want to be actors, but I didn’t want them to miss the opportunity. They came in, and they had a lot of fun with it.”