The Duchess of Cambridge, Kate Middleton and her adorable son Prince George were all smiles as they cheered for Prince William and his brother Prince Harry during their polo match at Cirencester Park Polo Club in Gloucestershire on Sunday. 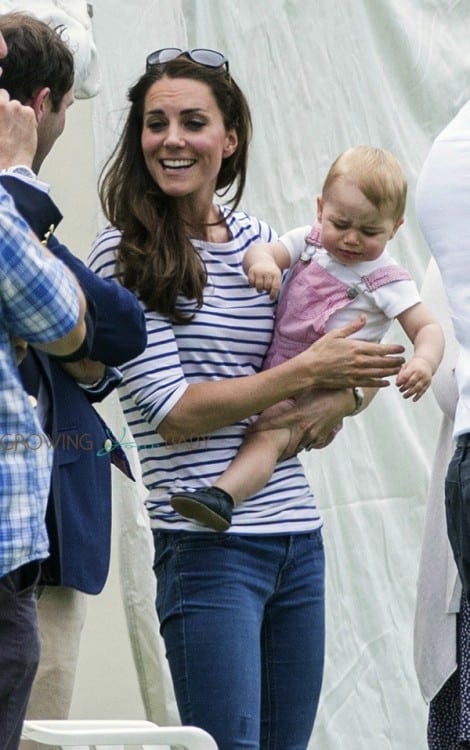 The tiny Prince is on the verge of being able to walk on his own, but instead escaped his mom’s clutches by trying to crawl away from his her a few times. To guide him Kate supported him around the waist and walked beside him as he navigated the edge of the field. 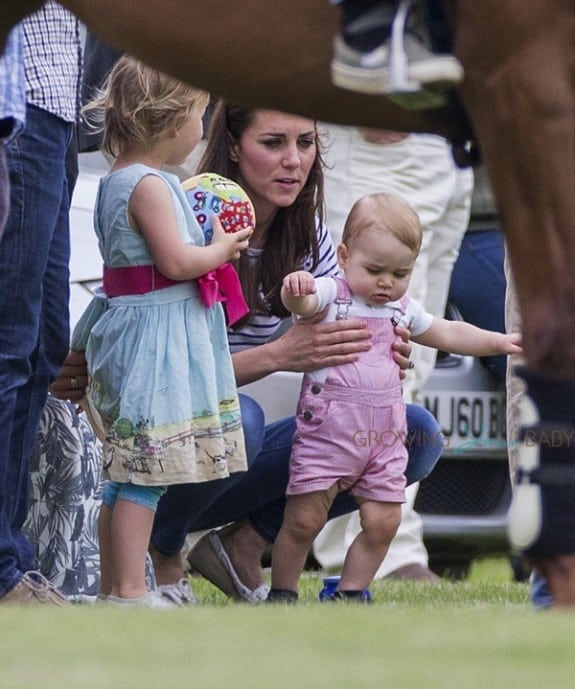 Afterwards the pair were joined by William who shared his drink with the little guy. 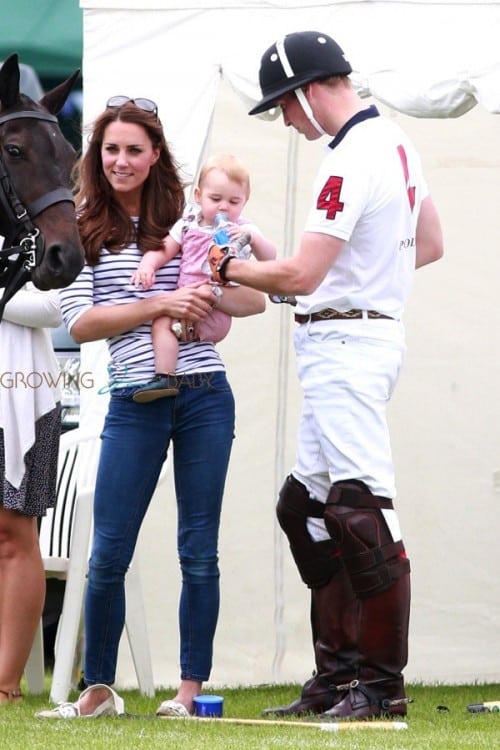