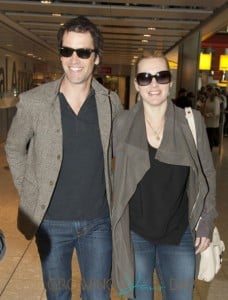 And baby will make 5! People.com is reporting that Kate Winslet, 37, and her husband Ned Rock’nroll are expecting their first child together.

“Kate and Ned are delighted” over the news, the actress’ rep confirmed to the magazine.

The new baby, which is the first for Ned, but third for Kate will join her daughter Mia, 12, and son Joe, 9 from her marriage to Sam Mendes.

In November when she received a CBE Award from Queen Elizabeth II she was asked how she liked acting.

“I said yes I liked it but not as much as being a mother. She said, ‘it is the best job’.”

Now she gets to do it all over again!

The couple, who started dating in 2011, tied the knot in a secret ceremony in December.