It was a day of relaxation for Katie Holmes and Suri Cruise on Monday. The actress was photographed enjoying some holiday time lounging poolside with her daughter in Miami. 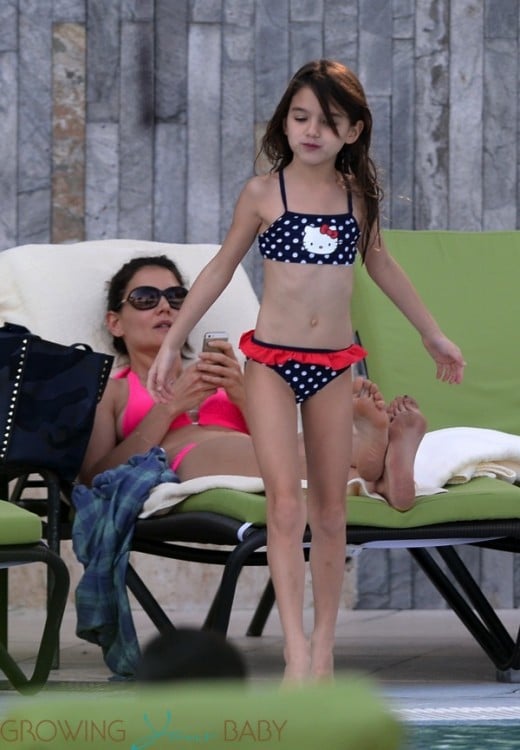 Dazzling in a hot pink two piece Katie chatted and texted on her phone while catching some rays. 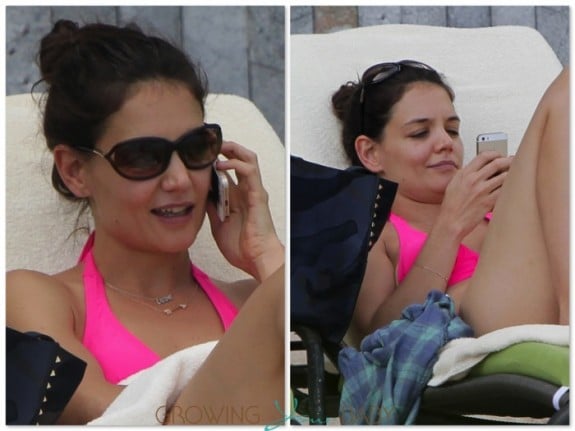 Suri danced around the pool deck and played with a friend, who was coincidentally also wearing a Hello Kitty bathing suit. 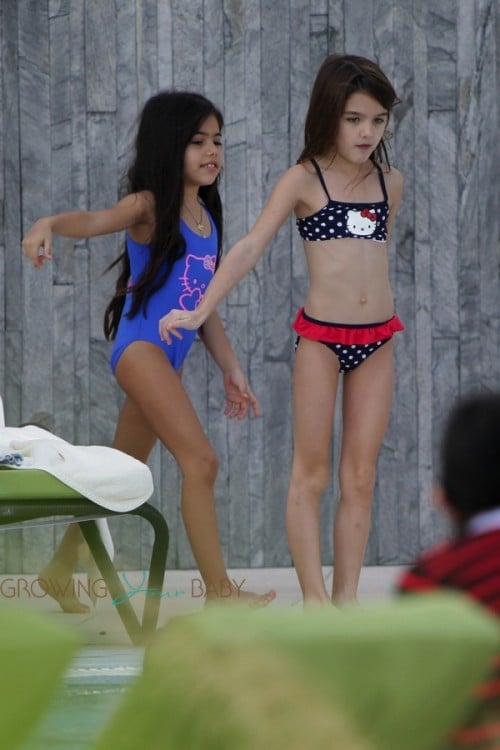 The break is well deserved for the actress who filmed four movies this year.  In November Suri accompanied her mom to South Africa while she filmed The Giver alongside Alexander Skarsgård, Meryl Streep and Jeff Bridges.