Home » Katie Holmes Steps Out With Daughter Suri in NYC!

Suri Cruise was pretty in pink while out with her mom, Katie Holmes, on her 10th Birthday on April 18, 2016.  The pair held hands as they crossed the street and chatted while strolling through New York City. 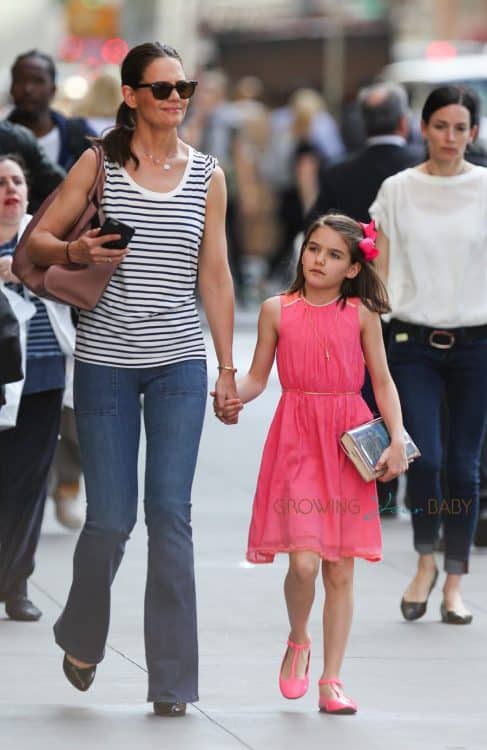 On Saturday Suri enjoyed a pre-birthday lunch Sunday with her mom, grandparents and two friends at Tavern on the Green in Central Park. 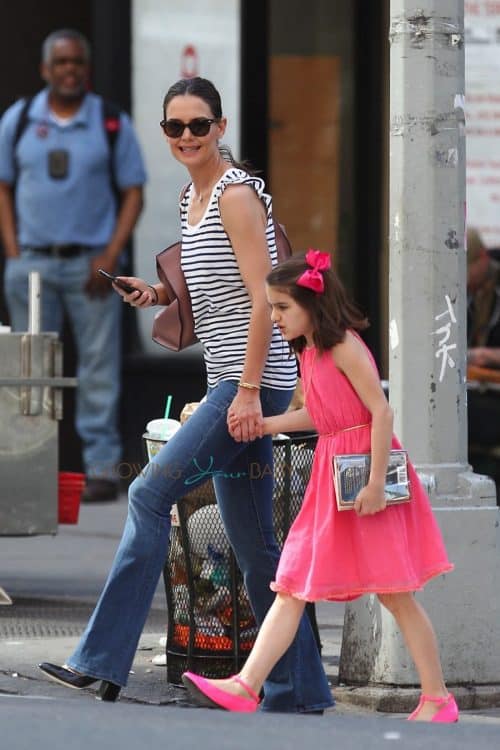 An onlooker told People.com that the crew ordered hamburgers, but forgoed a traditional birthday cake.

“Rather than cake and a rousing rendition of ‘Happy Birthday,’ Suri and her pals quietly opted for freshly-baked cookies from Tavern on the Go before heading off into sunny Central Park,” the eyewitness shared with the magazine.

Not spotted at Suri’s milestone birthday was her dad, actor Tom Cruise.  In Touch reports that the 53-year-old “is in the middle of filming The Mummy and couldn’t tear himself away.”