Ahh, the lifestyles of the Rich and Famous… Keith Urban and his daughters Sunday Rose and Faith Margaret were spotted heading out of town on a private plane at Van Nuys Airport in Los Angeles. 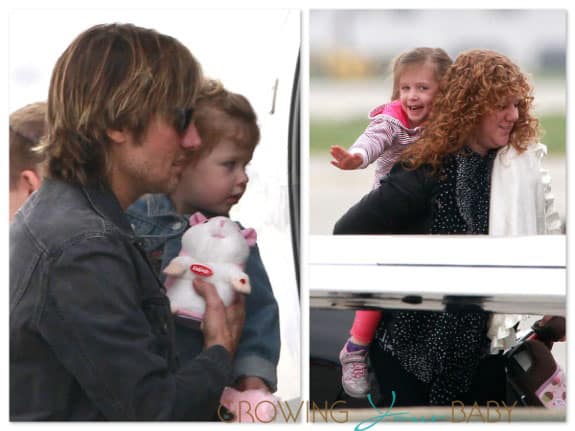 The singer carried his youngest daughter and her stuffed hamster as he boarded before daughter Sunday and a friend.

Currently a judge on American Idol, Keith and his girls were likely headed to Vegas where they are finishing up the Semi-finalist rounds.

When he’s not working they like to have have a bit of fun.

“We have instruments around the house and I sit at the piano and play with both the girls” adding, “Just this morning I had the music cranked up during breakfast and they would sort of eat a bit and then start dancing around the floor and then go back and eat a bit more and then dance a bit more. I just thought, ‘What an awesome way to start the morning, having a little food and dancing.’”