Home » Kelly Ripa Steps Out With Her Boys!

Kelly Ripa and her boys Michael and Joaquin Consuelos were photographed out walking their dog on Madison Avenue in New York, New York on Saturday. 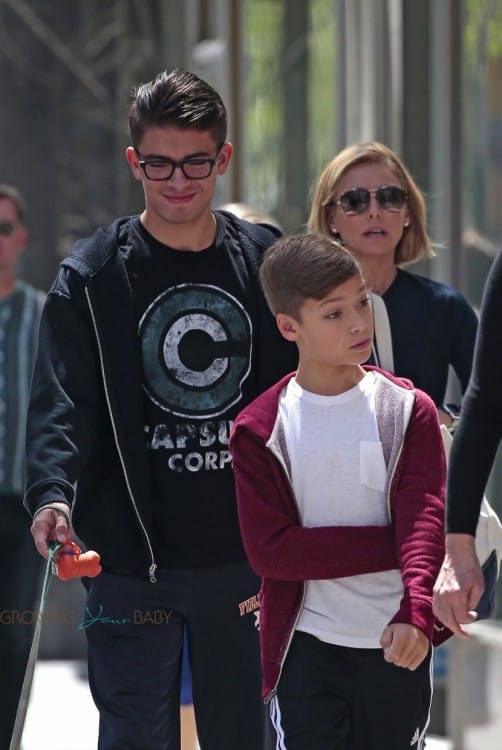 Kelly’s oldest son Michael towered  over his mom as he navigated the family’s shitzu Chewie through the streets of Manhattan.

The outing came just a day after Kelly and her husband Mark Consuelos celebrated their 19th wedding anniversary.

Each marked the event by sharing a picture of them out partying. 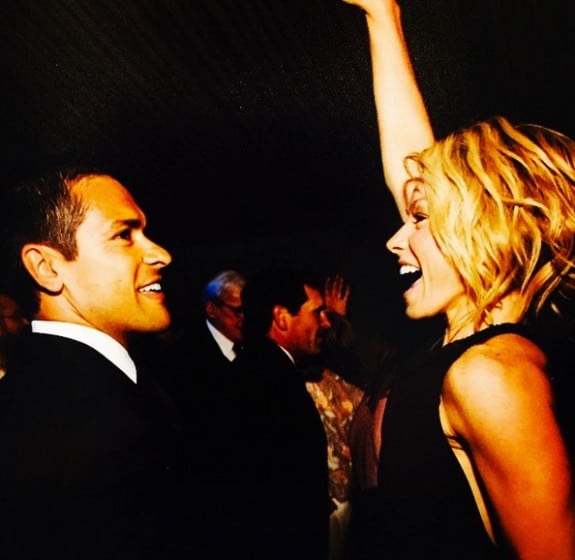 Along with her picture Kelly gushed,

‘@instasuelos thank you for making the past 19 years a PARTY! I love you. Happy anniversary!
Xo’

The couple, who are parents to three kids, met on the set of All My Children in 1995. Just a year later they secretly married in Vegas, and the rest is history…