The couple are fighting over a list of other parenting issues, including when Hermes, who is set to enter preschool this fall, will be potty-trained. 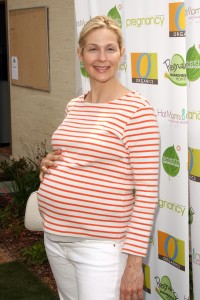 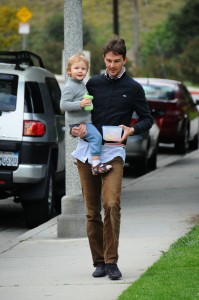 Yesterday, the couple agreed to have their son wear a pull-up diaper and begin potty training when he “desires.”

Kelly, who is about eight-and-a-half months pregnant with the couples’ second child, said her son began to “change” when his father tried to potty train him.

“He was coming home saying things. I was starting to see definite changes in him,” she told Usmagazine.com outside court. “One person can’t make that decision.”

When asked if she and her ex-husband could have an amicable relationship, the mom-to-be said:

You know things aren’t good when you have to go to court to agree on when to potty train. I can only imagine it will only get worse when the new baby arrives…