Home » Kelsey Grammer Lunches With His Family At The Ivy

It was a family day out for Kelsey Grammer and his wife Kayte. The pair were photographed on Monday at LA’s famous Ivy Restaurant with their daughter Faith and Kelsey’s daughter Mason from his marriage to Camille. 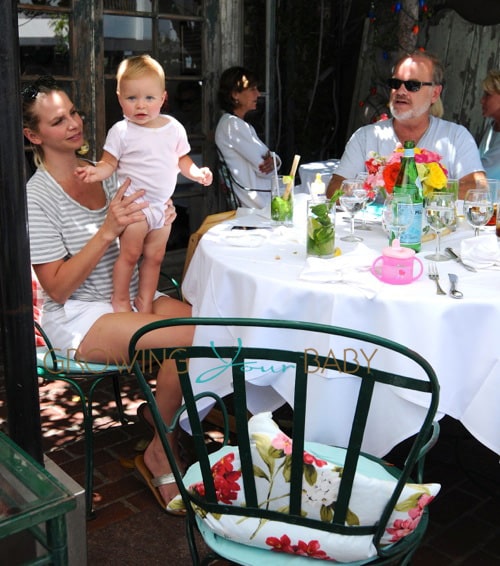 Baby Faith is getting big and also learning to stand on her own. Almost a year old, she will soon be off and running.

But for now she is happy playing with her dad. 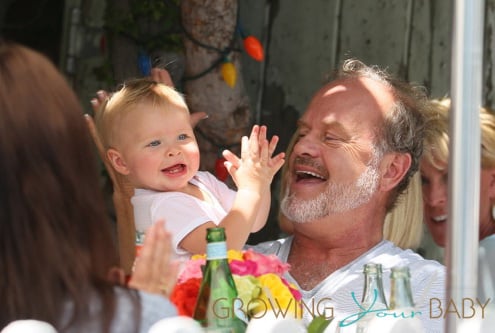 Normally known for playing quirky characters Kelsey is currently filming the role of a villan in Transformers 4. While details are scarce on the exact character, TotalFilm.com reports that Kelsey has been cast as a character ‘called Harold Attinger, a counter-intelligence operative up to no good’.