Home » Kendra Hangs Out With Her Guys!

Reality star Kendra Wilkinson took some time out from Dancing With The Star rehearsals to hang out with her family. 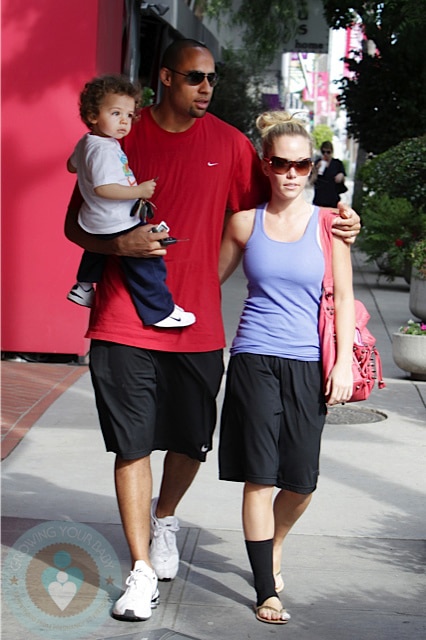 Like many others who have performed on the show, the Playboy model appears to have been injured while training.  The Daily Mail reports that she nearly lost a toe nail and suffered a bruised leg while practising with partner Louis Amstel.

Despite this, Kendra was in good spirits as she spent some time with her boys.

She will debut her dance moves for the world on March 21st!