Mom-to-be Kendra Wilkinson was beautiful in a blue flowing wrap dress while on the red carpet at Alessandra Ambrosio’s Collection launch at Planet Blue in Beverly Hills on Thursday. 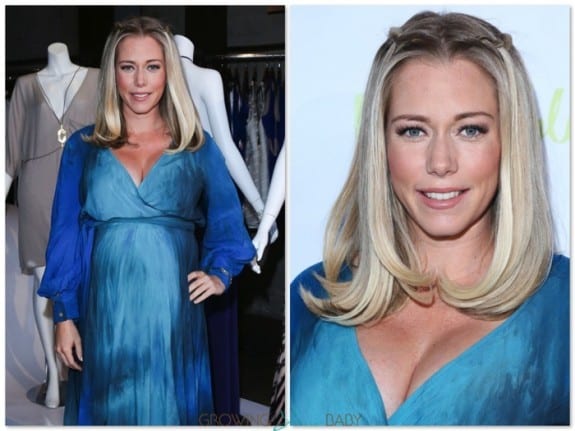 Due in May with a baby girl, Kendra cradled her belly as she posed for the cameras.   Pretty, she wore her hair down with two simple braids on either side along with natural make-up shades, which complemented her look perfectly. 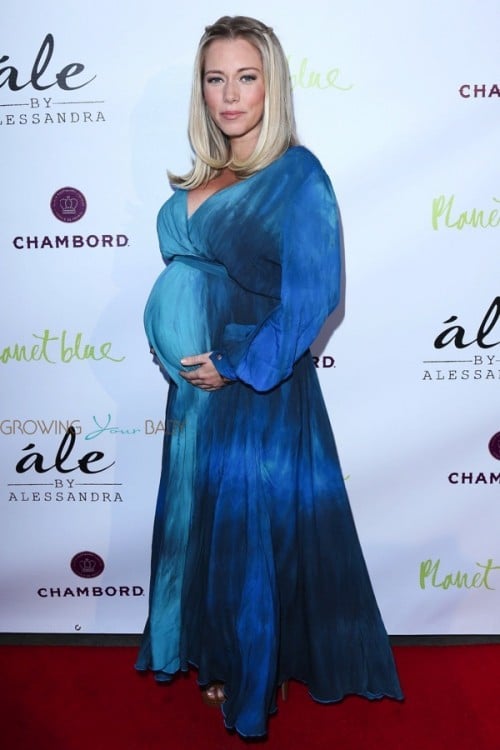 “On my way to @ShopPlanetBlue for the launch of @alebyAlessandra collection,” the reality star tweeted. “Thank you @salonnuuvo for my hair and makeup for tonight. Soooo cute!!!”

Kendra has previously revealed that this pregnancy has been tougher than her first one, but has been working hard to stay in shape this time around.

On Friday she shared a picture of herself at The Daily Method in Calabasas doing some barre work to strengthen her core. 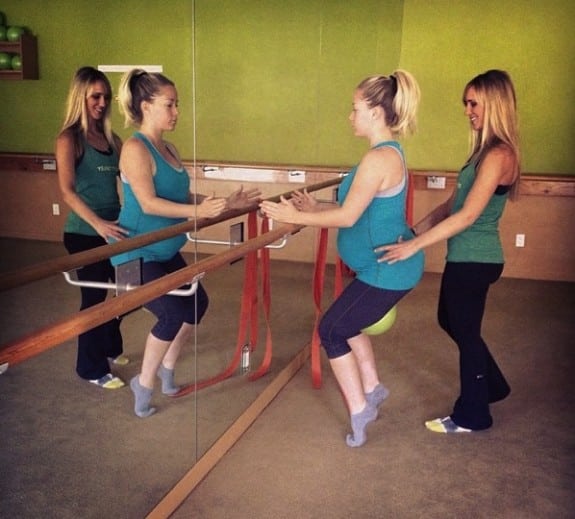 This will be the last baby for the star, who is already mom to four-year-old Hank Jr.

“The tubes will be tied in a pink little bow,” she said during an interview last month.

Now 28, Kendra said her plan was to have her kids before she was 30.

“In my thirties though, I will be reborn”, she said. “I will pay attention and be the best mom and put those kids first, but I will also be reborn during those years.”