Home » Kendra Wilkinson Hits The Park With Her Men

Kendra Wilkinson was spotted earlier today enjoying a relaxing day at the park with her husband Hank, and their son Hank Jr. 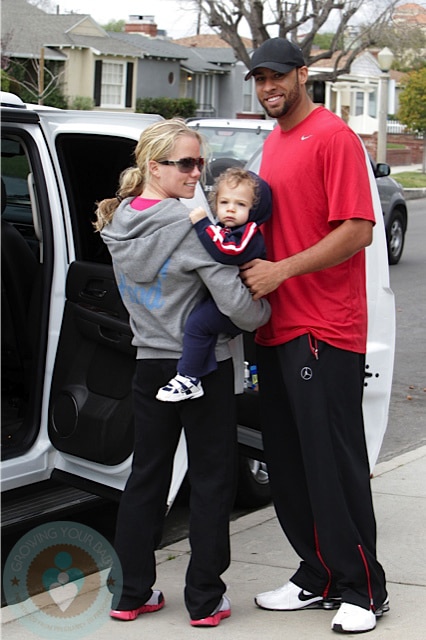 The happy family had a great time playing on the jungle gym, going down the slide and running around after Kendra’s dog Martini.


On top of filming her E! reality show Kendra,  rumour has it the Playboy Bunny might be hitting the dance floor on ABC.   Perez Hilton revealed this weekend that she is possibly among the list of celebrities set to appear on season 12 of Dancing With The Stars on ABC. The official cast will be announced on Monday.

In a recent interview, Kendra shared how she lost the last ten pounds of baby weight she gained while pregnant with her son.


“I always thought I needed to be on some specific diet. But I’ve noticed that it’s all about where you are and what you’re doing in life. If I want to eat junk food, I go the gym. If I’m taking a break from working out so hard, I eat more salad.”

Sounds like she has her diet plan straight. If she is cast on this season of Dancing With The Stars, she will have no problem keeping in shape.