Home » Keri Russell Steps Out With Willa in NYC

Girls day out! Keri Russell was spotted spending some girl time with her daughter Willa in New York City on Thursday(July 10th). 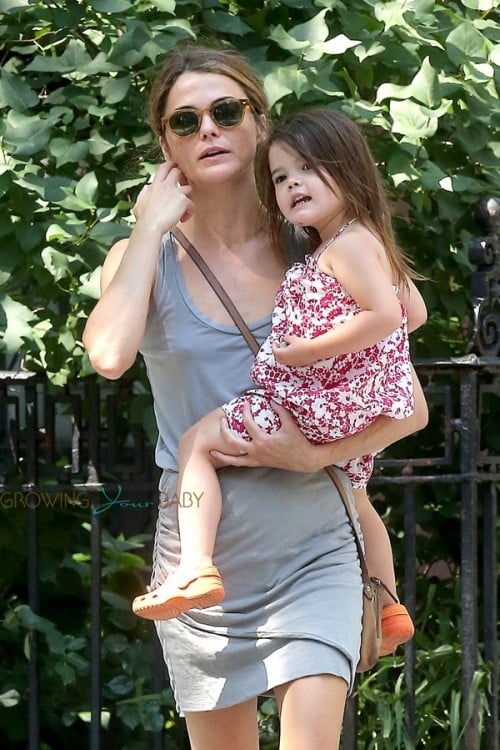 The actress and her little lady enjoyed a stroll through the city after a trip to a nail salon with a friend and her daughter.  Willa was cute in a printed jumper and orange crocs. 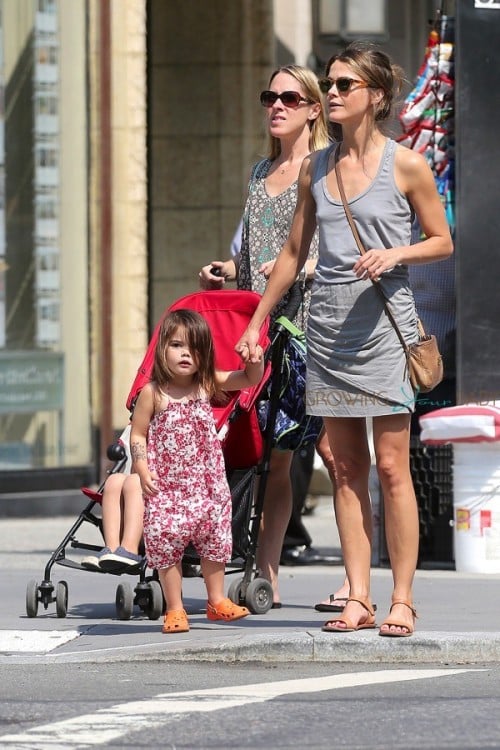 Not currently filming, Keri has been keeping busy promoting her new movie, “Dawn of the Planet of the Apes”.

She recently told US Magazine that she is looking forward to to spending lots of time with her children this summer.

“I love summer. I’m not working this [season] other than doing this press, and it’s just really fun. I’m just spending time with my kids. It’s just really good.”

After seven years of marriage, Keri and Shane Dreary were divorced earlier this year.  They are often spotted doing the ‘kid swap’ at the home they shared in Brooklyn.  They are also parents to 7-year-old River, who wasn’t along for the trip.  Maybe it was a daddy day out for him!