Keri Russell was photographed arriving home on Thursday with her daughter Willa in comfy blue jeans, a black coat, and socks with heeled sandals. 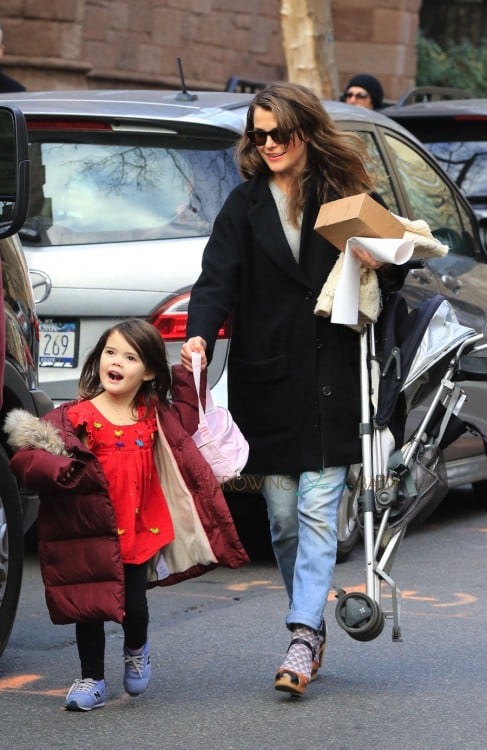 The actress held her little lady’s hand while juggling a Maclaren stroller, a sweater, a package and her lunch bag. 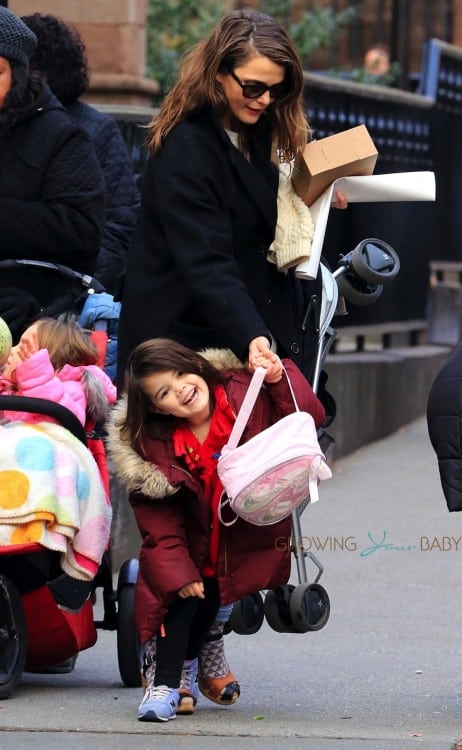 Yesterday it was revealed that Keri was expecting a baby with boyfriend Matthew Rhys.

The new baby will be the third child for Keri, who is mom to Willa Lou, 3, and son River, 7½, from ex-husband Shane Dreary. 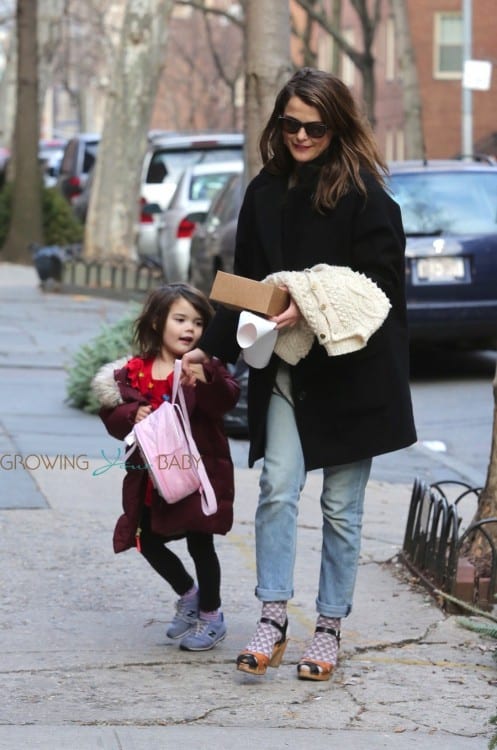 Keri’s growing belly couldn’t be seen under her black jacket. But according to US Magazine she is only 4 months along so it may be a couple months yet before she starts to show.

Keri and Matthew started to date just a few months after she announced her split from Shane in 2013.

The couple is currently filming Season 4 of their FX drama, The Americans.