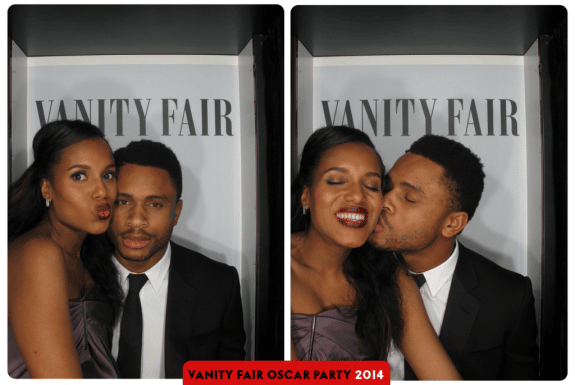 “Kerry is at home busy with the baby,” a source told People.com

Incredibly private, Kerry surprised many when it was revealed she had married Nnamdi last Summer. Their relationship had been kept out so far out of the spotlight there are still only a handful of pictures of the couple together.

In October there were reports that the couple was expecting, but the actress’ reps offered no comment.

Awards season, however, forced her to confirm a baby was on the way!  While dressed in a grey Balenciaga gown, the actress told E! News, “I feel like I have the best date of the night, my little accessory here.”

A month later the actress glowed in elegant floor-length blue Thakoon dress with a peach-colored accents at the 45th Annual NAACP Awards. 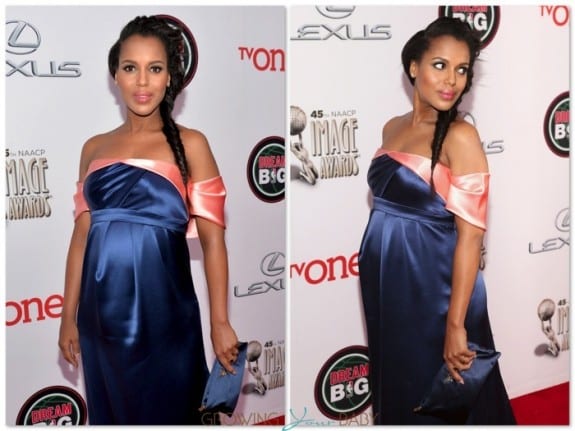 At the Academy Awards Kerry bonded over bellies with Elsa Pataky asking host Ellen Degeneres to send pizza to the pregnant aisle. 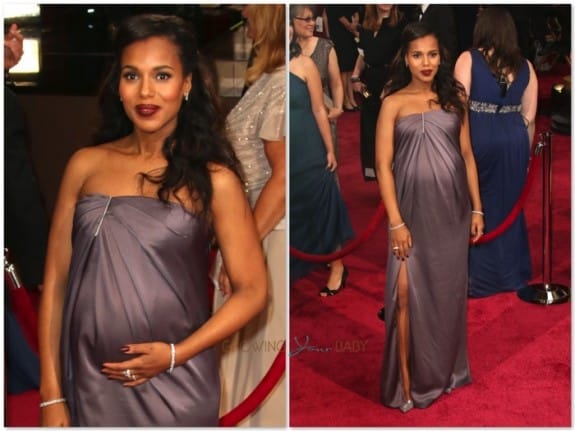 Kerry’s pregnancy forced her show, Scandal‘s season to be trimmed from 22 episodes to 18, but with the show on hiatus, she now has time to focus on being a mom.

Congratulations to the couple on their new addition!  We look forward to meeting her when they are ready to show her off!