Home » Kevin Costner Walks The Red Carpet With His Family At Premiere of ‘McFarland, USA’

It was a family affair for Kevin Costner and Christine Baumgartner on Monday night as they walked the red carpet at the Los Angeles premiere of ‘McFarland, USA’ with their kids Grace, Hayes and Cayden. 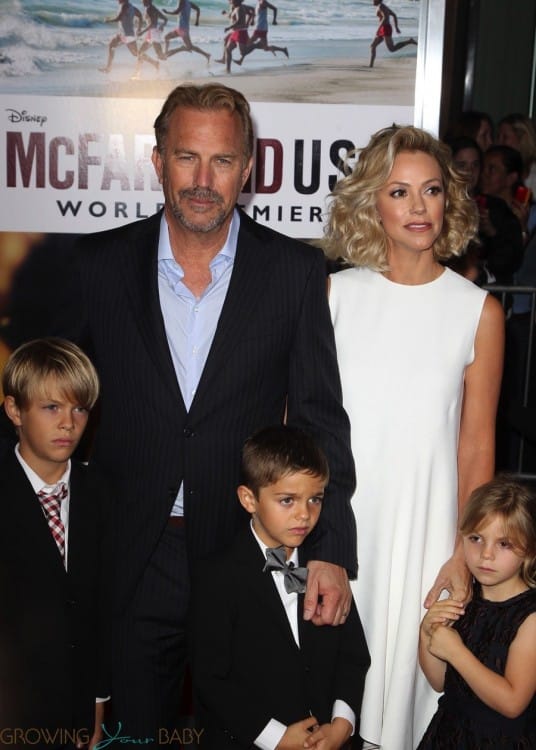 At the premiere Kevin told Access Hollywood their family is very close,

For the movie Kevin stars as a cross country coach in a small California town that transforms a team of athletes into championship contenders.

While on the red carpet the actor praised the families of the McFarland athletes saying,

“It’s about parents who are willing to get up and do the roughest kind of job just to put their own kids through school – to make it better for them.”