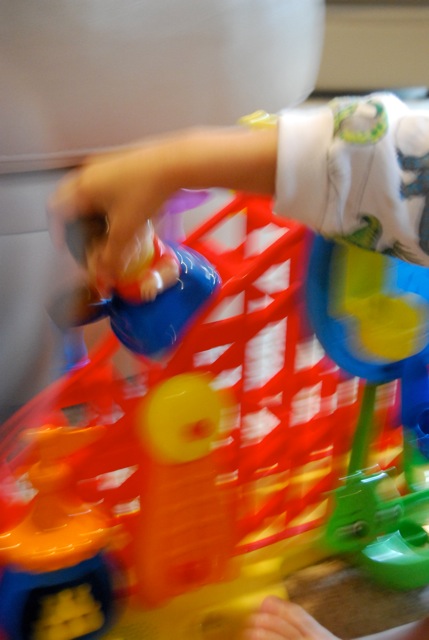 Pop On Pals are a new collection of toys created by Spin Master.  This community of pals features pets, vehicles and playsets with endless mix’n match ‘Popabilities’.

To help launch this new line we were asked to test run the Ultimate Amusement Park Playset($34.99) and it was a hit.

While this brightly coloured carnival of lights and sound has 5 different play points, my boys were initially only interested in the rollercoaster. The two of them spent over an hour taking turns running the car up and down the track with the pop on pal riding in the car the whole time. It is nicely designed to fit into the track so that it makes it the whole way down without falling over the side.  It wasn’t until I sat down to play with them that they realized that there was a musical Ferris wheel and some games for their pal to play with. 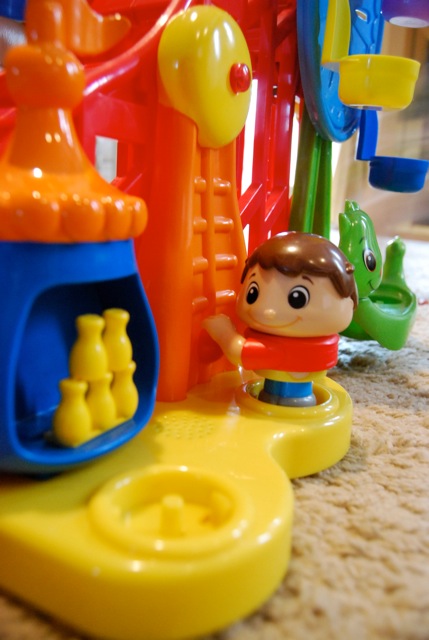 For my older son, the set encourages imaginative play as he moves his pal around the carnival.  My youngest son is still getting the hang of how to play so for him the pals are perfect for putting in the Ferris wheel and Dragon boat while pushing them down and watching them pop.   Because they both like cars, the Back to School Bus would be the perfect addition to the set along with a couple more characters like the pet packs.

For parents, Spin Master does a great job of offering a a line of toys that sits in all price points, making Pop on Pals a great gift idea.

This whole line will no doubt he a hit this Holiday Season!

The only thing I would like to see is another character added so that there are a couple pals to play with right out of the box.