Home » Kids Can Whip Around On The Mongoose MGX-250! {VIDEO REVIEW}

While in New York City at a Holiday Toy Event with my son we spotted Mongoose’s new MGX-250 ride-on.  Initially, I wasn’t sure if it was the right fit for him because of its size, but once I learned it was designed for kids 8+ we were excited to give it a try.   The next step up from the mainstream ride-ons, the MGX-250 tops out at a speed of 10MPH, which excited my little thrill seeker.  When I heard this, I naturally questioned the price and was surprised to hear it was under $300. 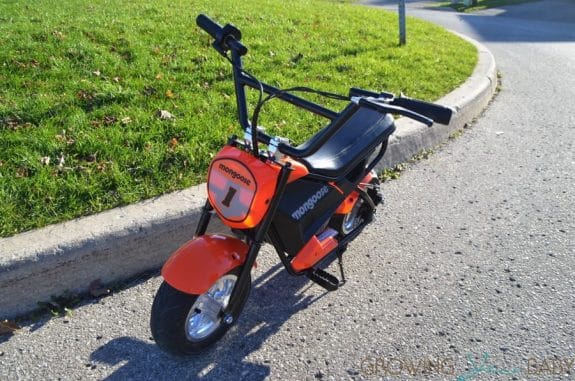 Out of the box, all that is need to get going is handlebar installation.  I was thrilled!  In less than 10 minutes we had it out of the box, put together and plugged in for its first charge.  The wait overnight was painful, but the next morning we were excited to get it to the park and try it out.  The first charge takes 14 hours and then every charge after that takes 10 hours.  Fully charged, kids get about 40 minutes of driving time on the bike.

The Mongoose MGX-250 is designed to go 2 speeds; 5MPH and 10MPH.  It comes preset to do the lowest speed, which is nice because it gives kids a chance to get used to the size of the bike, its handling, and maneuverability.  When you are ready to bump your kids up there is a plate under the seat you need to unscrew to access the switch. 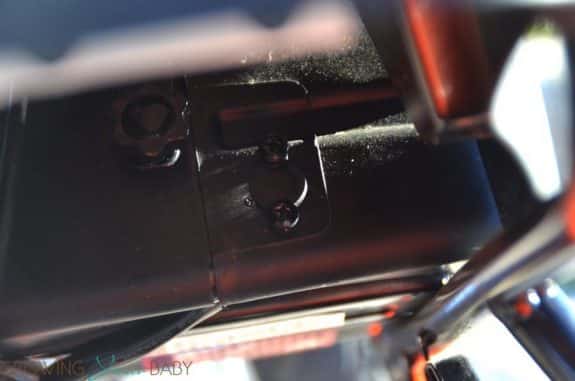 One of the biggest surprises about this bike was how quiet it was.  Traditional ride-ons tend to be a little noisier due to their plastic tires, but this bike is super quiet.  This may be in part to the 250-watt chain-driven motor.  It also comes with 10″ rubber wheels, which give kids more traction and disc breaks for more controllability. 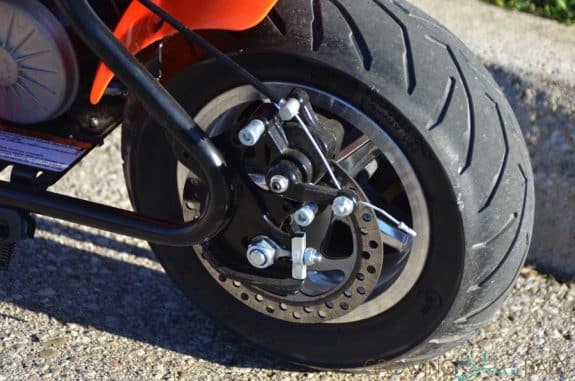 Kids control the speed with the throttle that is located on the right side and stops the bike with the brake on the left side. 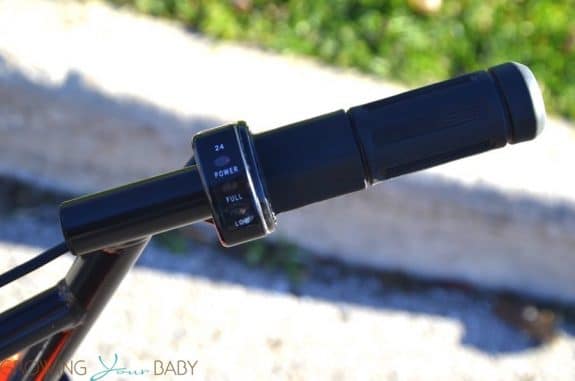 To say my son loves this bike is an understatement.  The bike it replaced was a 12V 5MPH kids motorcycle that was incredibly slow.  They actually stopped playing with it because the kids on the street could run faster than it, which was embarrassing for him.

The Mongoose is definitely peppier and has a real dirt bike look to it – including a number plate on the front. 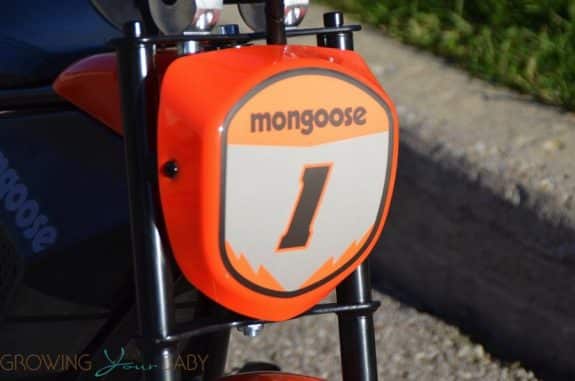 When kids are done they can prop the bike up with the kickstand and fold up the footrests.

I also love that its compact size makes it easy to store. 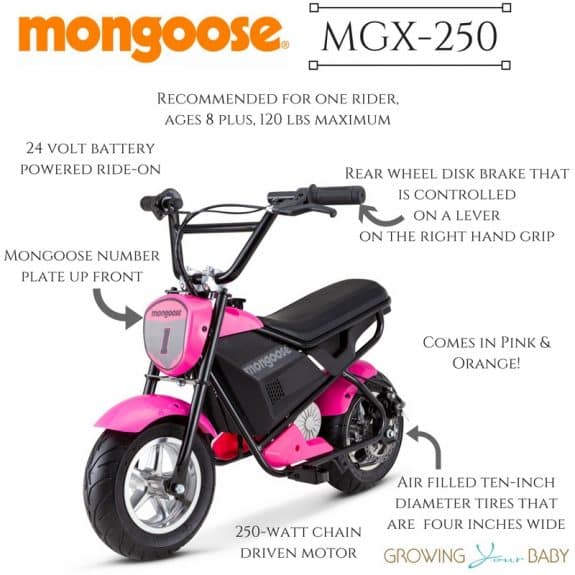 *Thank you to Mongoose for sending a Sample for review*