The U.S. Consumer Product Safety Commission (CPSC), in cooperation with Kids II Inc., of Atlanta, Ga., has announced a voluntary recall of about 697,000 Oball Rattles because the clear plastic disc on the outside of the ball can break, releasing small beads, posing a choking hazard to young children. 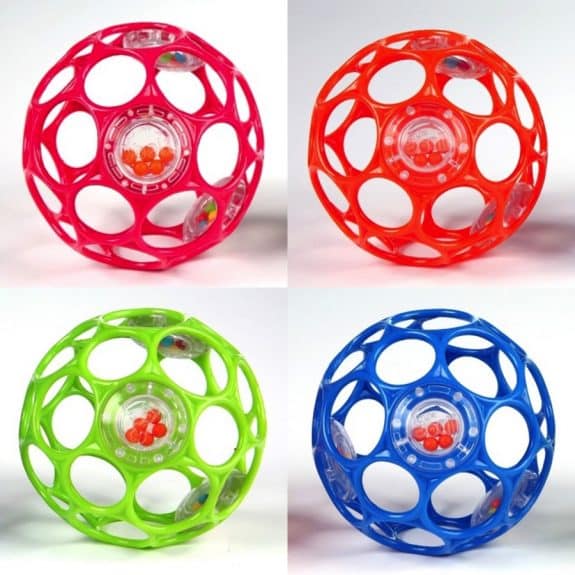 This recall involves Oball Rattles in pink, blue, green and orange with model number 81031 printed on the inner surface of one of the plastic discs and on the packaging. The balls have 28 finger holes and measure four inches in diameter. Embedded in the rattles are a clear plastic disc with all orange beads and two clear plastic discs with beads of varying colors on the perimeter. Only rattles with date codes T0486, T1456, T2316, T2856 and T3065 located on a small triangle on the inner surface of the rattle are included in the recall. The first three numbers represent the day of the year and the last digit represents the year of production.

Consumers should immediately take these recalled rattles away from young children and contact Kids II toll-free at 877-243-7314 from 8 a.m. to 5 p.m. ET Monday through Friday or visit www.kidsii.com and click on “Recalls” at the bottom of the page for more information on how to receive a full refund.