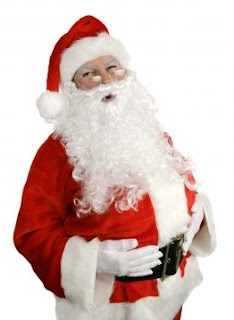 Parents aren’t the only ones worried about finances this Christmas. According to Santa, kids are too.

Some of the kids crawling onto Santa’s lap this year have more than stuffed animals and video games on their most-wanted lists. Several times already this season, Joe Jackson, a seasoned South Carolinian Santa, has been asked to get Daddy a job or Mommy money to buy the house back.

“You see things behind the beard that nobody else will ever see or hear. I’ve had children just literally tear my heart out,” said Jackson, who is pulling on his red suit for a 19th season of playing Santa at private parties and festivals in the northern part of the state.

The slumping economy has families across the nation facing one of their toughest Christmases in years. That means Santa Claus, the jolly confidante for so many under 10, is hearing more simple requests than for a new Nintendo Wii or Elmo Live.

Timothy Connaghan, of Riverside, Calif says that, “Children are very trusting of Santa. They are very open with him. They tell him things they normally wouldn’t discuss with other people. And they usually ask Santa to fix things. They know he is someone who can grant wishes.” He has played Santa for 40 years and trained more than 1,500 other Santas across the country through his “School 4 Santas.”

He coaches aspiring Kris Kringles to remember that a good Santa can’t promise a new job or money to make everyone’s Christmas dreams come true, “but he can tell them things are always going to get better,” Connaghan said.

Kids writing letters to Santa aren’t any more optimistic that the ones sitting on his lap. Denise Griffitts of Lafayette, La., who volunteers for Operation Santa Claus, answering about 250 letters a year from children in her area says that kids aren’t asking extravagant gifts, “they’re asking for personal care items, they’re asking for school supplies, they’re asking for warm clothing.”

Maybe this year’s economic issues will be a good thing for the holidays. It’s never too late to teach kids that the holidays are about being with family and enjoying everyone’s company. The expensive presents are just an added bonus. Simple isn’t always a bad thing.