Sisters Kim and Kourtney Kardashian were photographed taking their kids to a birthday party at ‘My Gym’ in Tarzana, California on Sunday afternoon.

A pregnant Kim left the party first with her daughter North and nephew Mason. 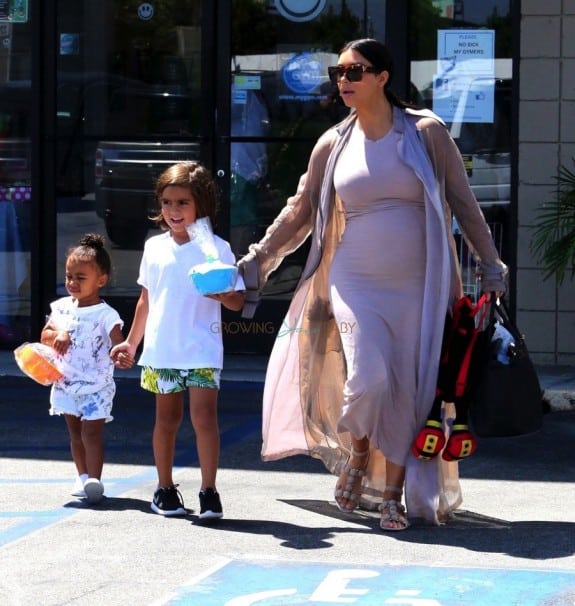 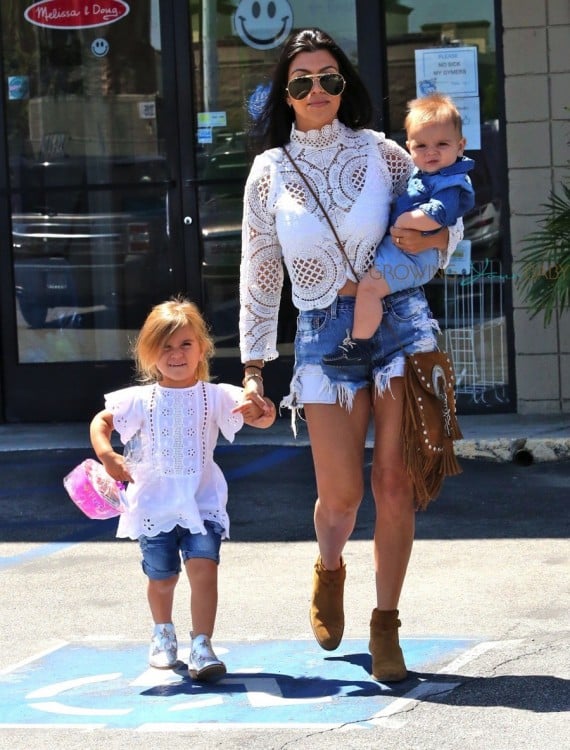 We haven’t seen much of Reign since his arrival, but he was a little cutie in denim blue shirt and shorts, while his mom and sister matched in lace tops, jean shorts and cowboy boots.    Penelope’s Silver Lily Star Boots come from Stella McCartney’s new Fall collection.

Kim showed off her growing belly in a ruched peach dress with an organza jacket over top.  Due in December, she is definitely starting to show. 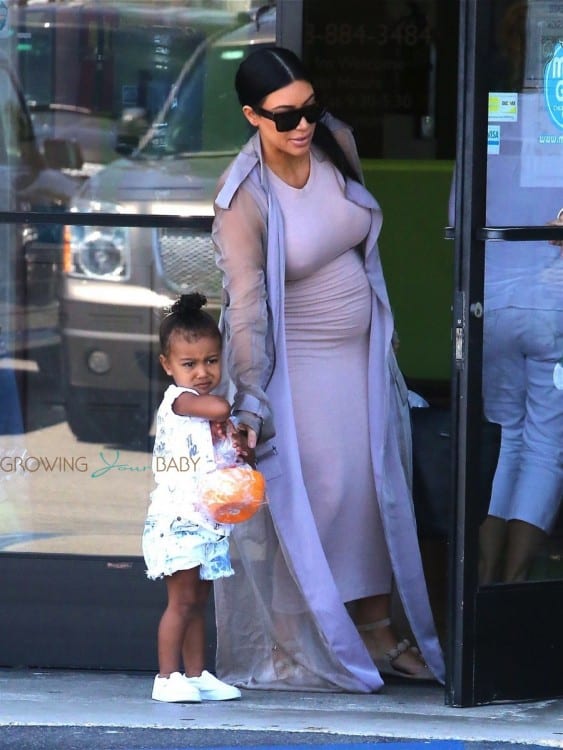 Last week she came under fire after some of her twitter followers questioned whether or not she was faking her pregnancy.

Images taken by the paparazzi earlier that day showed the reality star with a very small belly, which was a stark contrast to a photo she shared later on.

Knowing how hard they tried to conceive this baby Kanye called the fake pregnancy rumors a “slap in the face”.

To shut down the naysayers,

“He is really pushing her to do a big extravagant nude photo shoot. He thinks Kim is the world’s sexiest woman even when she’s pregnant. He wants to silence all the fake pregnancy talk while also showing off how smoking hot his wife is,” an insider told Hollywoodlife.com