It was a late night flight out of LAX for Kim Kardashian and her daughter on Wednesday night. The pair were photographed arriving at the airport – headed across the country to New York City. 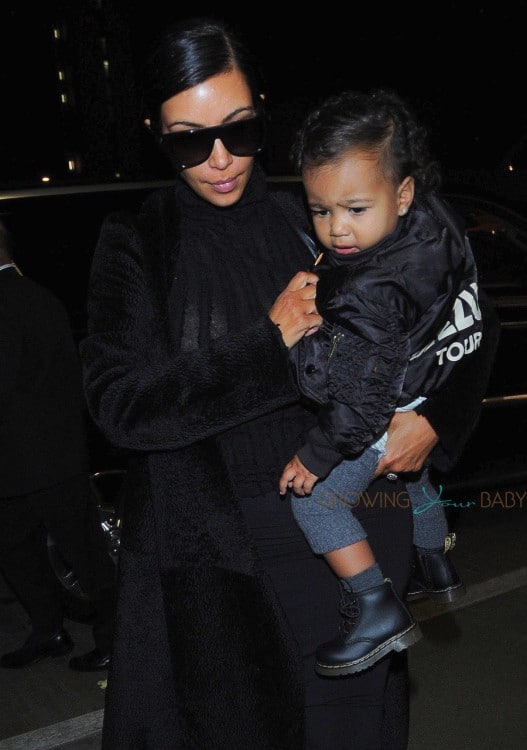 North West stole the show in a Yeezus tour bomber jacket, faded jean shorts over her grey leggings and black combat boots.  Kim wore her hair back in a sleek ponytail, while sporting a black lace top, a maxi skirt and thigh high leather boots. 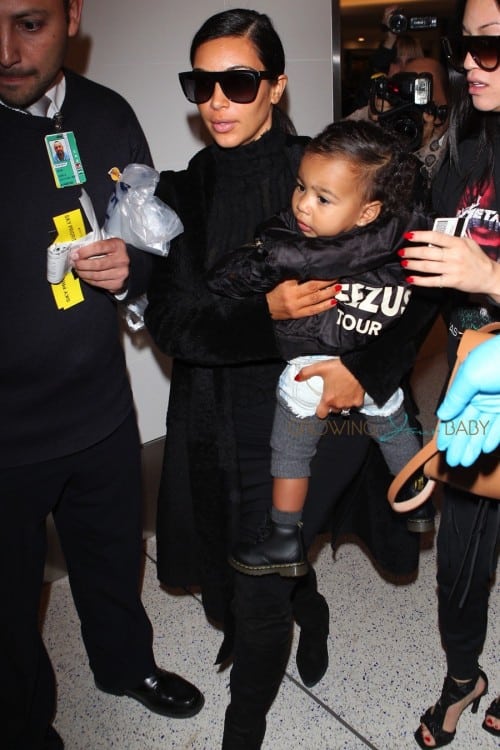 This week Kim turned heads when she she posted images of herself with eyebrows that were bleached out to look invisible.  Noting it was just for a photoshoot, she appeared to have fixed them for her trek to the Big Apple. 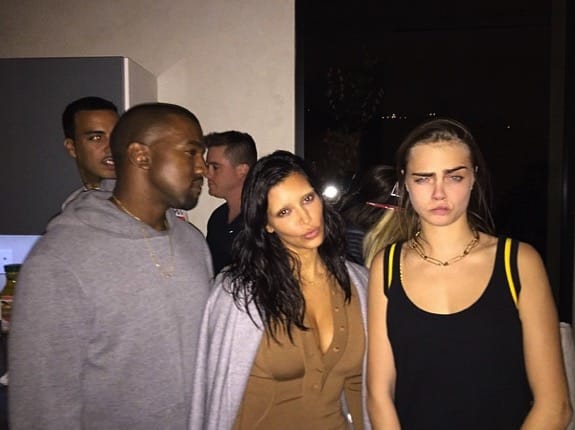