Home » Kim Kardashian Grabs Lunch At Cipriani With Her Kids!

Kim Kardashian and best friend Jonathan Cheban were photographed arriving for lunch at Cipriani with North and Saint West on Wednesday, February 1, 2016. 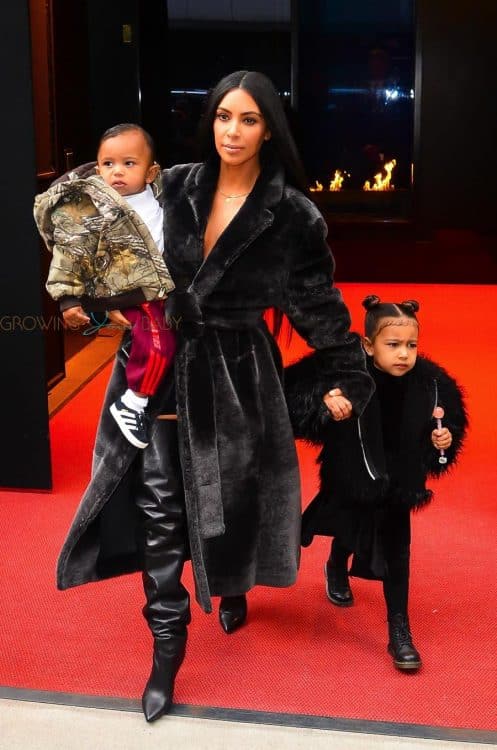 While dressed in a black faux fur jacket and Doc Martins, North stopped to take a look at the Bull statue in front of the popular restaurant before going inside. 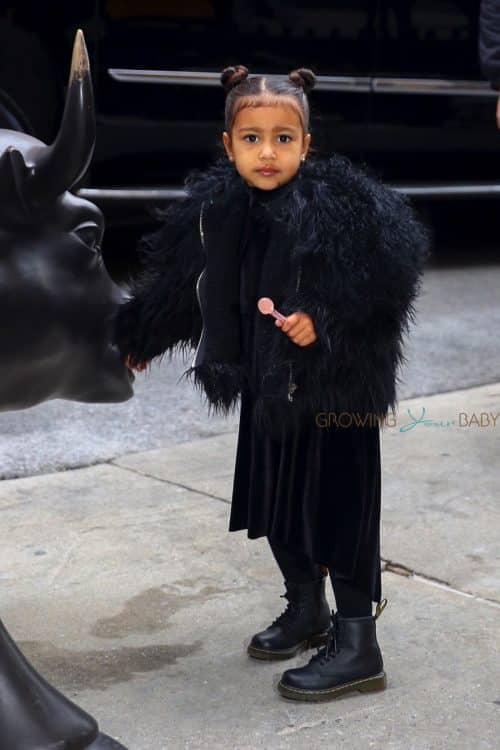 It’s been a while since we’ve seen Kim out and about in the Big Apple but she was beautiful in a black jacket and thigh-high boots as she escorted her crew in and out of the restaurant. 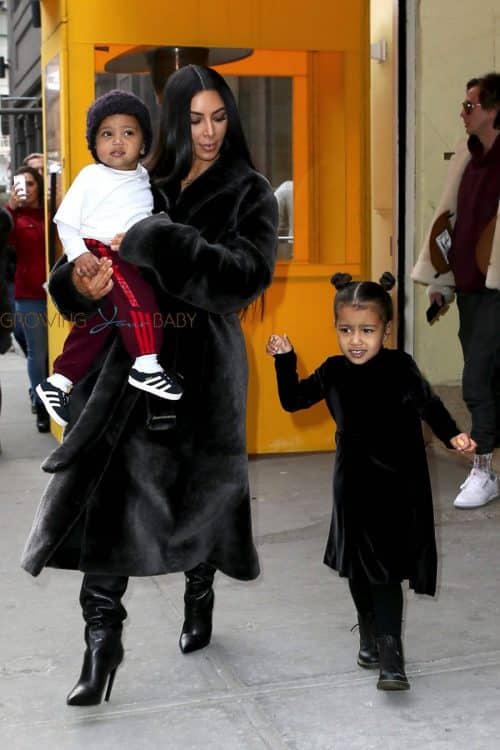 The Kardashians are fresh off a trip to Costa Rica where they enjoyed some time all together as a family in a private villa.  Kim and the kids arrived back in LA on Tuesday and must have re-packed quickly for the cross-country flight to New York.

Fashion Week starts next week so it’s not known if the Wests will be in the Big Apple for a while supporting Kanye on a possible new collection.