Kanye West and wife Kim Kardashian were photographed arriving at Nobu in LA with children North and Saint, for a lunch date with long time friends John Legend and Chrissy Teigen on Sunday. 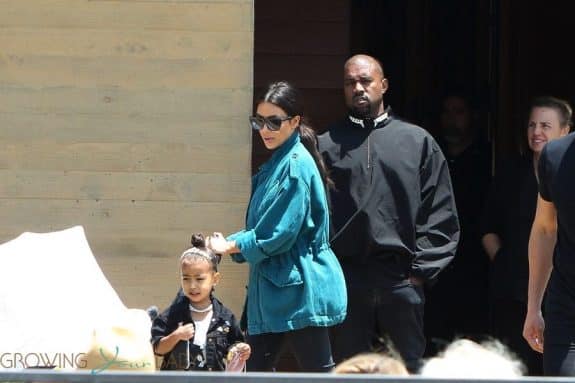 Chrissy and Kim chatted while John carried daughter Luna in to the restaurant. 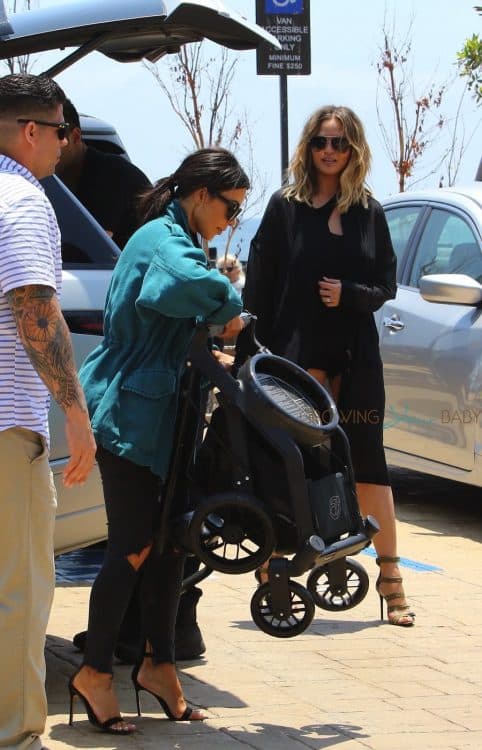 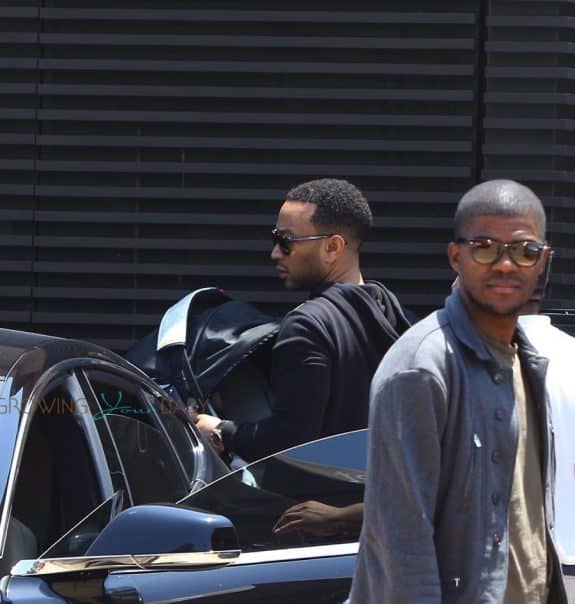 Both families appear to be big fans of Orbit Baby! Kim pushed Saint in the G3 stroller, while John carried Luna in the Infant Seat.

Inside, Chrissy shared a SnapChat of Kim and Kanye cooing over baby Luna. 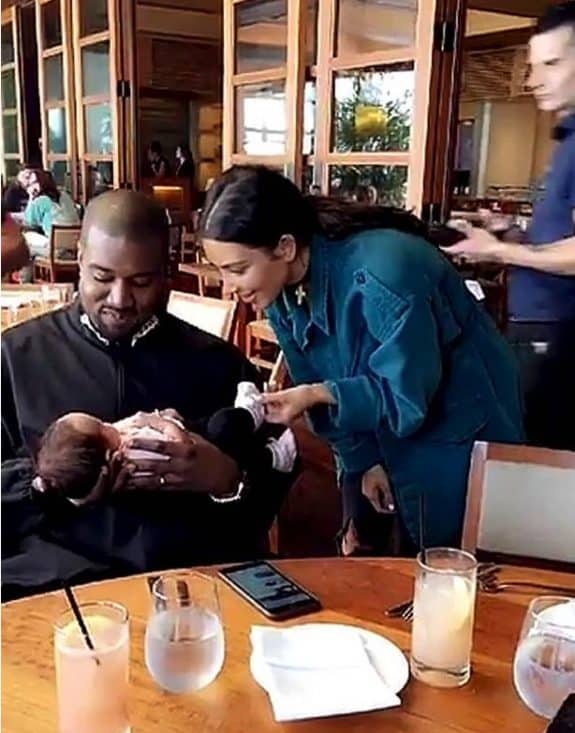 When asked by Ellen Degeneres if he and Kim were planning to have more kids, Kanye played coy with the talk show host – only saying, “Maybe,” But when Ellen pushed harder, asking if Kim would have a third, Kanye replied, “Perhaps.”

Laughing, Ellen quickly quipped back,  “That’s not what she said.”  Continuing,  “Yeah she doesn’t want more. But you want more?” To which Kanye would only say, “Let’s see what happens.”

Kim has always said that her last pregnancy was her last.  With both Saint and North she had a condition called placenta accreta, where the blood vessels and other parts of the placenta grow too deeply into the uterine wall and remain attached even after the baby’s birth.

But it’s always possible that we don’t know the whole story.  So we guess time will tell!